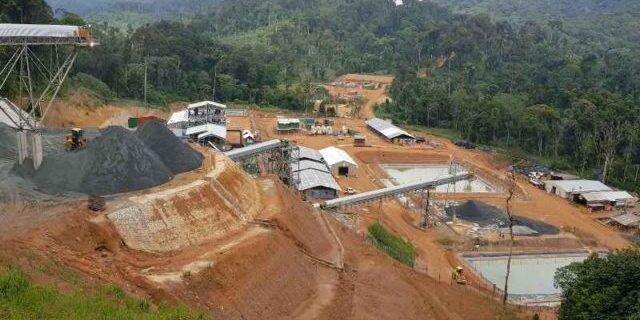 Alphamin has announced record production in Q2 due to higher-than-expected tin grades and a lack of impacts from the coronavirus.

While Alphamin processed just 8% more ore at its Bisie site than in Q1, tin-in-concentrate production increased 29% to a quarterly record of 2,739 tonnes. Higher-than-expected tin grades (up 23% from 3.5% Sn to 4.3% Sn) boosted output, while the new mining method onsite saw mine production exceed plant throughput. As a result, the company announced that run-of-mine stockpiles have increased by some 4,000 tonnes.

The lack of impact from the ongoing COVID-19 pandemic will have also helped Alphamin during the quarter. To date, the company has been able to continue with normal mine production and concentrate sales.

The combination of the new mining method and higher tin grades, as well as reduced arsenic penalties and resolved logistics issues saw the cost of tin production at Bisie fall by 13% over the quarter. For the quarter, Alphamin‘s AISC was US$ 10,849/tonne, some US$ 5,000 below the average tin price for the quarter, and US$ 3,000 below the lowest point. 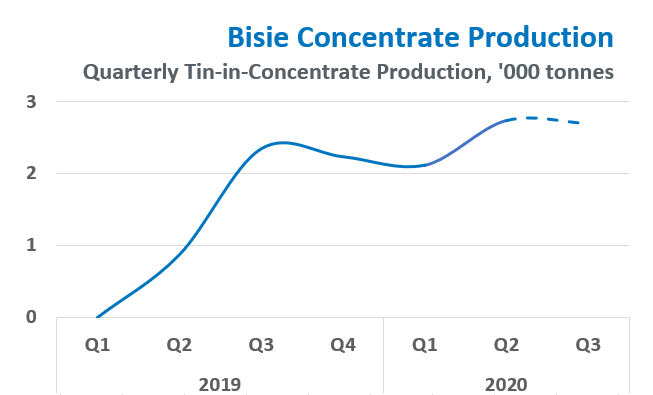 In the coming quarter, Alphamin is forecasting tin-in-concentrate production between 2,600 – 2,800 tonnes. Demand for concentrate from the Mpama North mine is still strong despite falling refined tin demand as production across the rest of Africa fell in the wake of COVID-19 and economic damage it has caused. In February – March, small-scale mining on the continent fell dramatically, and while it has recovered somewhat, many small companies are at risk from a lack of financial support in the low tin price environment.