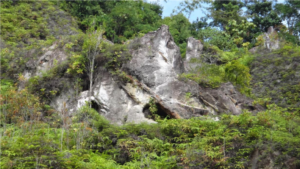 Elementos has been forced to delay the Temengor project, located in Malaysia, following a moratorium on exploration licenses.

Concerns about water pollution in the north of Perak State have caused the local government to temporarily stop granting exploration licenses to mining companies in the state. Despite not being located near the affected areas and not being associated with the conditions, this also applies to Elementos through its local partner, Empire Tin Mining Sdn Bhd.

The Temengor project has a tin mining history, having been exploited by the Temengor Tin Mining Company between 1926 and 1932. The tin mineralisation is thought to be of a similar style to the Rahman Hydraulic mine to the north.

Our view: Elementos signed a joint venture agreement with Empire Tin Mining in 2018, and had hoped to begin exploration during 2019. However, this development is likely to delay this. The Perak State government have not given a time frame for a resolution, and so Elementos‘ goal of production from Temengor by 2025 may also be pushed back because of this. However, Elementos also has the Oropesa and Cleveland projects currently in development, and can focus on bringing these to production.