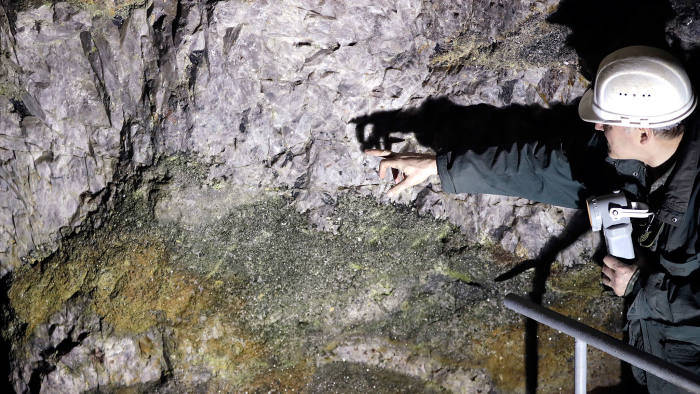 European Metals Holdings (EMH), which owns the lithium-tin project Cinovec, has announced that it has received a US$ 2 million loan from Czech utilities company ČEZ and could begin working with the utility company to progress the mining project.

ČEZ are the largest utilities company in the Czech Republic and operates an array of power stations across multiple energy sources. However, as part of a strategy review, ČEZ are now looking to move into energy storage, an area that looks set to be dominated by lithium-ion batteries in the near future. The loan to EMH, which could be converted to stock after conducting due diligence, is part of the strategy to secure the raw materials for building storage capacity. According to managing director Keith Coughlan, “potentially partnering with ČEZ further demonstrates EMH’s commitment to develop fully the Cinovec Project in conjunction with Czech industry, for the benefit of the country’s involvement in the battery and EV industries”.

The Cinovec project is located on border between the Czech Republic and Germany. Cinovec is reportedly one of the largest lithium resources in the world, but importantly contains a significant tin resource. According to EMH’s Pre-Feasibility Study, Cinovec has an ore resource of 695.9 million tonnes at 0.04% Sn, giving a potential tin resource of nearly 280,000 tonnes. According to ČEZ CEO Daniel Beneš, “it is logical to use the know-how of our company Severočeské doly, which has great experience in mining” to help EMH progress the project.

Our view: Despite the globally significant tin resource, the low tin grade at Cinovec means that recovery of the tin is more difficult than at a tin-focused mine. Although European Metals Holdings estimates that around 1.68 million tonnes of ore will be mined each year, tin production is not specified in the Pre-Feasibility Study. According to ITA estimates, this level of ore production will result in less than 1,000 tonnes of tin-in-concentrate per year.