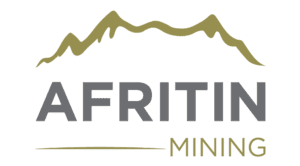 AfriTin Mining was established in 2017 to acquire the tin assets of Bushveld Minerals Limited. The company was listed on AIM in November of the same year and is focussed on creating a portfolio of conflict-free, tin producing assets. The company owns two tin projects: the Uis brownfield mine in Namibia and the Mokopane project in South Africa.

The Uis Tin project, located in Namibia, was discovered in 1911 and developed by Iscor of South Africa as the largest hard-rock tin mine in the world. Production ended in 1990 as a result of low tin prices.

During December 2018, AfriTin undertook the first large-scale blast of mining material at Uis, which was crushed and stockpiled in preparation for the commencement of the Phase 1 Pilot Plant. This Pilot Plant was recently upgraded to facilitate the production of tantalum concentrate alongside the primary tin concentrate. Ramp-up to full-scale concentrate production began in Q3 2019.

AfriTin has declared a maiden JORC resource at Uis of 71.54 Mt of ore at a grade of 0.134 % tin for 95,539 t of contained tin. The footprint of the mining area is significant and recent resource work has shown the scale of the by-product potential. A significant number of pegmatites have been delineated within a 5 km radius of the existing plant infrastructure. Phase 2 is expected to produce 5,000 t of tin concentrate per annum with the Definitive Feasibility Study earmarked to start in early 2020.