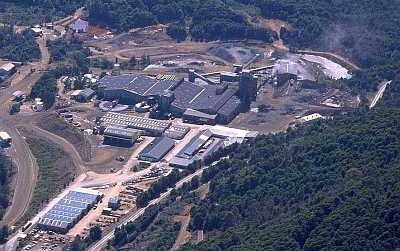 Metals X, part-owner of the Renison Bell mine in Tasmania, Australia, has announced the results of a new mining optimisation study and life-of-mine (LOM) plan.

The new LOM plan indicates that Renison could produce more than 10,000 tonnes of tin-in-concentrate per year from the middle of 2025 onwards. This is a substantial increase from current production levels (~7,000 tonnes per year) due to additional output from the Area 5 section of the mine. The study also indicates that All-in Sustaining Costs (AISC) will average around AU$ 17,750 – 18,750 over the 10 year mine life.

However, even without increased throughput and recovery, we expect increased production at Renison. Tin grades are forecast to pick up from 1.2% Sn currently to an average of 1.45% from 2024. This is primarily due to better grades in Area 5 – more than 0.5% higher than the rest of the mine.

Following the completion of the Area 5 Mining Optimisation Study, the new section of the mine has been incorporated into Renison’s overall Mineral Resource Estimate (MRE). The MRE also includes estimates for the Rentails project, but no longer includes Mt Bischoff. The former open pit mine was placed on care and maintenance in 2010, but a decision was made last year to rehabilitate the mine. As such, Metals X has removed the mineral estimate for Mt Bischoff.

Our view: This year, Alphamin‘s new Bisie mine will challenge Renison’s position as the world’s sixth largest tin mine. The central African mine will produce some 9,000 – 10,000 tonnes of tin-in-concentrate this year, compared to Renison’s ~7,000 tonnes.

However, if Metals X can follow through on the LOM plan, then the two mines will be producing similar amounts of concentrate after 2025.

The LOM plan also indicates a slight improvement to costs (after initial ramp up), keeping Renison in the lower half of the global cost curve.