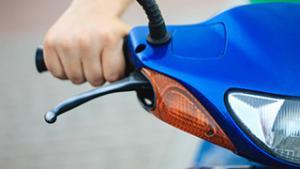 StoreDot have demonstrated charging an e-scooter in just five minutes using their highly innovative tin-containing lithium-ion battery. The company claims this is the first time an electric two-wheeler has been charged in such a small amount of time.

StoreDot is an Israeli company backed by major oil giant BP, who co-hosted the demonstration. Daimler and Samsung are also investors. They aim to demonstrate five-minute charging with Mercedes cars in a year’s time. The company topped the 2017 ‘Disruptive 100’ list – businesses with the most potential to influence, change, or create new global markets – on the basis of their claims.

The company’s CEO highlighted replacement of the conventional graphite anode with tin, germanium, silicon and other elements as a major breakthrough. He explained they were eliminating the use of graphite because it doesn’t work as well and isn’t as safe for rapid charging. The battery also uses advanced organic cathode chemistries.

‘FlashBattery’ five-minute smartphone and power bank charging products will be available in the second-half of 2020, with fast-charging for electric vehicles to enter the market from 2023. A production facility has been established in China and a ‘OneGiga’ gigafactory is being planned in the US to mass produce the new batteries.

This is the first public announcement of a commercial development in lithium-ion batteries in recent times to mention tin, although there are hundreds of published research papers and patents on the benefits of tin use. Three anode materials technologies have been highlighted by the International Tin Association that could each reach 10-20,000 tpa tin by 2030 if they gain market share in a highly competitive market.