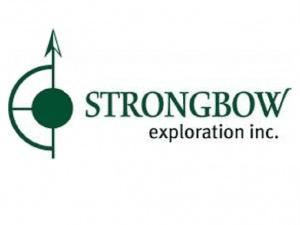 Strongbow Exploration is a Canadian mineral exploration company listed on the TSX-V focused on building a strategic metals company through the acquisition and exploration of its portfolio of assets located in the United Kingdom and North America. The Company acquired the rights to the South Crofty tin project in Cornwall, UK in July 2016 while maintaining an interest in other properties prospective for tin and nickel, as well as royalties on tungsten assets. Strongbow is also currently working towards a London Stock Exchange AIM listing.

The South Crofty Tin Project is located in the towns of Pool, Camborne, and Redruth in the county of Cornwall, South West England, approximately 465km west of London. South Crofty was the last tin mine to close in Cornwall and the UK, ceasing operations in 1998 due to the low tin price and proposed changes to environmental regulation.

Several companies have attempted to revive the mine between 2001 and 2013. Significant advances were made, primarily the agreement to secure a site for future mill construction, and the grant of a mining permit which is valid until 2071, subject to certain planning conditions being met. The project changed hands numerous times before Strongbow acquired it from administration in July 2016 following definition of an NI 43-101 compliant mineral resource earlier in the year. A Preliminary Economic Assessment (PEA) was released for the project in early 2017 envisaging an underground mine producing tin with copper and zinc by-products. The project remains fully permitted.

The key challenge at the site is the dewatering of the historical mine workings, particularly higher grade tin mineralisation in below 400m depth is being targeted. The company completed water treatment trials and received a discharge permit in 2017. Construction of a mine water treatment plant is currently underway. Dewatering of the mine is expected to take 18 months upon completion of the water treatment plant, during which period Strongbow hope to complete a feasibility study and bring the project to a production decision.