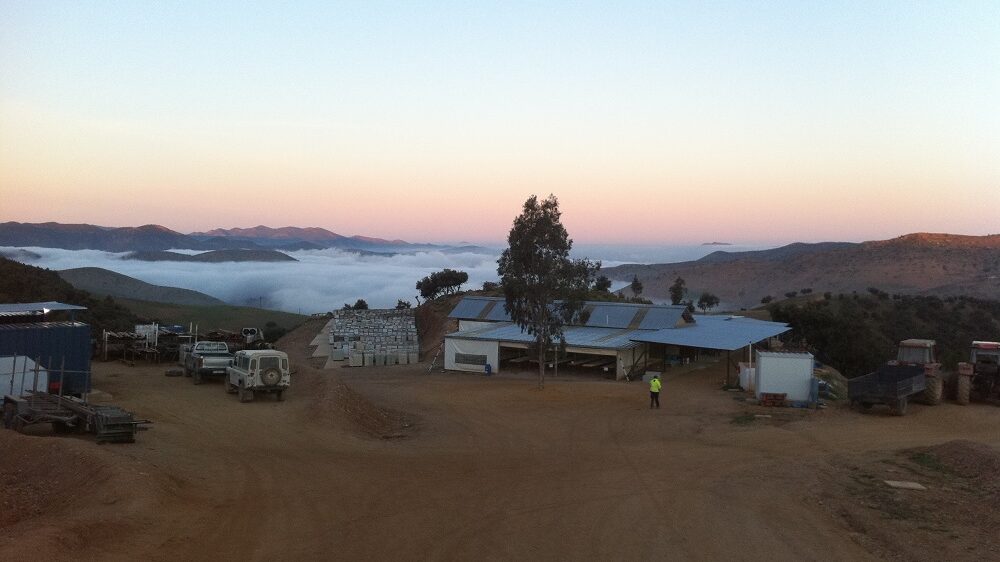 The Achmmach project, located in Morocco, is comprised of two parallel, tin-containing trends. The updated Mineral Resource Estimate (MRE) focuses on the Meknes Trend, which has been more thoroughly explored by Kasbah. The new MRE updates the estimate in the 2018 Definitive Feasibility Study (DFS).

Since the 2018 DFS, Kasbah has continued to progress optimisation work for Achmmach. One of the key initiatives was a revision to the cut-off grade.

Cut-off grades are typically based on the economics of a mine. Following work completed in 2020, which examined the use of ore-sorting amongst other processing technologies, Kasbah has opted to reduce the grade. Previously, a grade of 0.50% Sn was used but this has been revised down to 0.35% Sn.

This lower cut-off grade means that lower grade tin could be extract economically. As a result, the contained tin estimate in the MRE has increased significantly. Contained tin has risen from 126,100 tonnes to 156,000 tonnes – a 27% increase.

However, despite lowering the cut-off grade, Kasbah has also lowered its average tin price forecast for the life of mine. Previously at US$ 23,000/tonne, the company has now chosen to use a more conservative estimate of US$ 21,000/tonne. This will have had a negative impact on the contained tin estimate.

Kasbah remains committed to developing the Achmmach project, despite delisting from the ASX in mid-2020. The company is now looking to develop a life of mine plan. This will use a variable cut-off grade to extract the most value from the deposit. Furthermore, the company will use the plan to consider whether a tin smelter could be incorporated into the project.

Our view: While some companies can inflate Mineral Resource Estimates by using high price estimates, Kasbah have done the opposite in this release. By optimising the processing plans for Achmmach, the company has been able to lower the tin prices used – a sensible option, given the typical volatility in tin prices.

Although there has been little development work at Achmmach since the 2018 DFS, there remains significant potential. The Sidi Addi Trend, which runs parallel to the main Meknes Trend and shows similar surface geology, is underexplored. The company completed 10 diamond drill holes in the western end of the Sidi Addi Trend in 2019, confirming the continuity of mineralisation along its length.

However, there has been little drilling along its length, and a wireframe model of the mineralisation has not yet been developed. The company will hope that the highly potential area contains more than the currently estimated resource of 4,200 tonnes of contained tin.

The potential addition of a tin smelter at Achmmach is interesting. Africa has limited smelting capacity at the moment, despite having had several smelters at one point, including the large Makari smelter in Nigeria.

Typically, African smelters struggle with a lack of electricity; however, over 99% of Morocco’s population have access, compared to less than half of the population in sub-Saharan Africa.

The tin smelted at Achmmach could directly service the European market, with a much shorter transportation time – a significant benefit in today’s market.