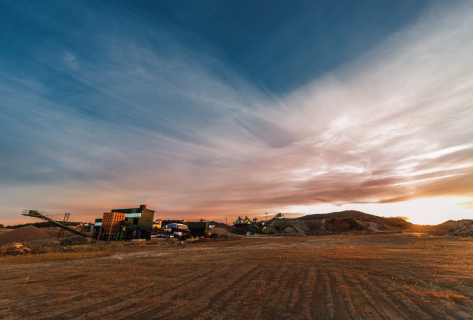 W Resources has sold the first shipment of tin concentrate from its La Parrilla mine following a move to 24-hour operations.

Despite a series of planned – and unplanned – shutdowns to adjust the processing circuit, production rates rose throughout December. The company confirmed the move to 24-hour operations on the 18th. After producing first concentrate in November, Q4 production totalled 7.9 tonnes. W Resources expects this to increase substantially with three full months of production during Q1 2020. In fact, the company has reported higher-than-expected tin production as a result of higher tin grades.
Located in the Extramadura region of southwestern Spain, the La Parrilla mine has produced small amounts of tin and tungsten from historical mine tailings on a campaign basis since 2014. The new development has seen W Resources move to open pit mining. Tin production in this phase remains relatively minor, just 300 tonnes per year (tpa) of contained tin. However, this makes La Parrilla the largest (and only) European producer of tin-in-concentrate.
Our view: La Parrilla is the first in what appears to be a new wave of European tin mining. Exploration and development at several mines in the UK, Spain, and along the German-Czech border is on-going. Some of these projects are likely to be in a position to begin construction within 12 – 18 months. By this time, development at La Parrilla is likely to progress to the T3.5 Phase, which will see ore throughput increase to 3.5 Mtpa, from 2 Mtpa. This should see tin-in-concentrate production exceed 500 tpa.