Refined tin production from Minsur’s operations in Peru and Brazil totalled 6,835 tonnes in Q2, the company has reported, up 3% year-on-year and up 37% from Q1, in line with company expectations.

Refined tin output from Peruvian operations totalled 5,170 tonnes in Q2, up 9% year-on-year, although tin-in-concentrate production from the San Rafael Mine rose just 1% to 4,818 tonnes over the same period. The higher refined production was due to higher consumption of smelter feedstock towards the end of the quarter that was built up during Q1.

Minsur’s Brazilian operations had a mixed quarter relative to Q2 2017. Mine production rose 4% year-on-year to 1,681 tonnes of tin-in-concentrate but refined tin output fell 14% to 1,666 tonnes. The lower refined tin output was due to a national transportation strike that delayed the transfer of tin-in-concentrate to the smelter. Production costs for Brazilian operations showed a substantial 46% year-on-year reduction in Q2 to US$7,217 per tonne of tin net-of-by-product revenues. This is largely due to increased revenue from Niobium-tantalum by-products, for which production increased by 49% year-on-year to 979 tonnes in Q2.

Our view:  Further production increases might be expected in Q3 as the backlog of delayed concentrate feed is processed in Brazil and as San Rafael’s optical ore sorting plant is now back in full operation. Minsur’s Brazilian and Peruvian operations both remain on track to meet 2018 refined tin production guidance of 6,000 to 7,000 tonnes in Brazil and 16,500 to 17,500 tonnes in Peru. Minsur’s operations in Brazil have struggled with profitability for a number of years, so the significant reduction in cost reported in Q2 is promising for their future viability. 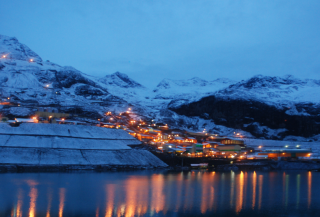