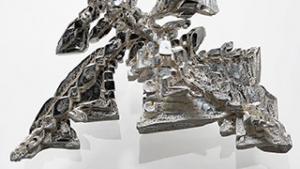 Scientists at Ariel University, Israel have shown that layers of tin crystals can be used to make fuel cells cheaper by using less platinum or palladium catalyst per unit mass.

In a recent patent application Ariel Scientific Innovations, the technology transfer office of the University, describe how using high surface area dendritic metal films of tin as a support material, onto which a thin layer of the catalyst is added, can reduce the amount of expensive and scarce precious metal needed. Most of the catalytic reaction occurs on only the surface atomic layers of platinum, so the thinner it can be spread the more cost-effective the technology becomes.

Tin and its alloys can themselves be active catalysts in some fuel cell reactions and indeed the inventors were ‘surprised’ to also discover that the new catalyst material has an enhanced ability to react with fuels such as methanol, making the technology even more advantageous.