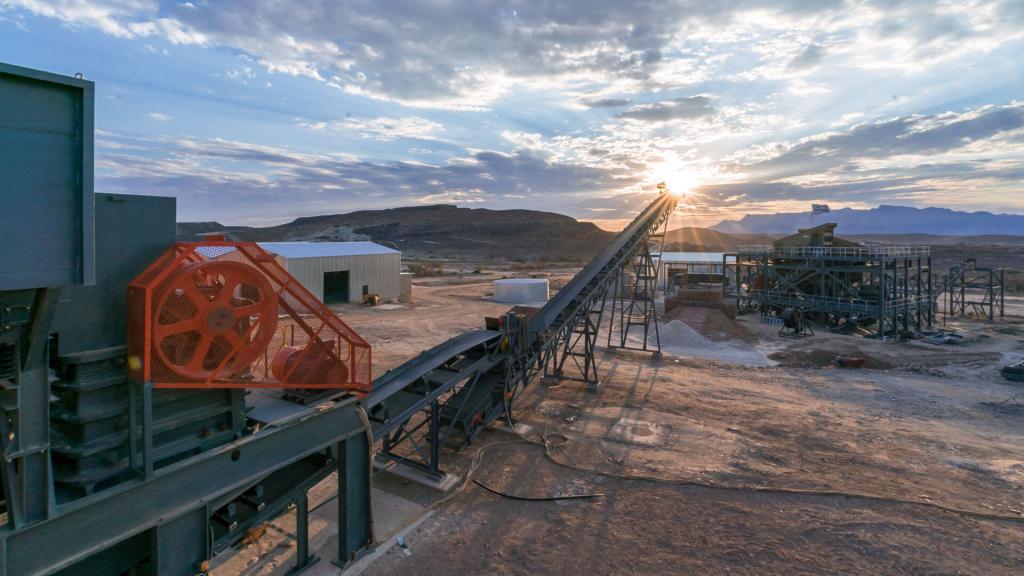 AfriTin Mining has reached a significant milestone in its latest operational update, with tin concentrate production almost at 50% nameplate capacity.

Operations began at the Uis mine, Namibia, at the start of this year. Since they began, all key metrics have continuously improved on site; the utilisation and processing rate of the processing plant have risen by roughly 50% in the 7 months of operations. The measures currently stand at 85% utilisation and 65 tonnes per hour, respectively.

As a result, the headline figure of tin-in-concentrate production has more than tripled, from 7.4 tonnes in January to 22.7 tonnes in July. That brings AfriTin‘s production to over 100 tonnes year-to-date. However, it also brings the processing plant up toward the 50% nameplate capacity mark. For Phase 1 operations at Uis, the goal is to reach 60 tonnes of tin-in-concentrate per month.

The company are not at full capacity yet though, and are implementing debottlenecking procedures to further improve throughput and tin production. AfriTin has identified a higher-than-expected fine material portion in the processing plant feed, and so is moving to rebalance the material flows. Improvements during Q2 were focused on the fines dewatering circuit and should improve throughput in the latter stages of the processing flow.

Our view: It has been a difficult year for all tin miners, not least new operations that typically endure setbacks, delays, and higher operating costs while operations get up to speed and processing plants are debottlenecked. However, AfriTin have done exceptionally well to push through both a global pandemic and extremely low tin prices to reach this milestone. The debottlenecking plan will likely improve throughput at the processing plant, taking the company closer to its Phase 1 goal.