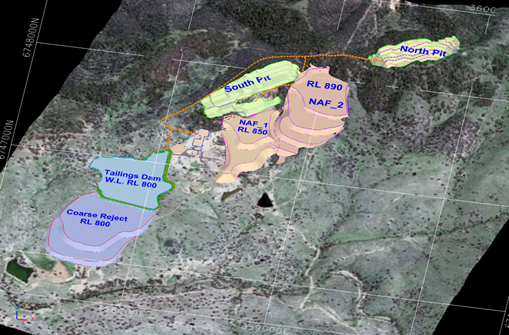 Aus Tin Mining has agreed to divest its Taronga asset to First Tin in a deal that is likely to total some A$ 34 million.

Aus Tin Mining is a diversified mineral exploration company with a portfolio ranging from tin and nickel to coal. Originally, the company was focused on the Granville and Taronga tin projects, bringing the former into operation in 2016. Aus Tin also owns the Mt Cobalt (cobalt) and Pembroke (nickel and copper) projects. In 2020, Aus Tin Mining further diversified and acquired the Ashford Coking Coal Project from Laneway Resources as well as the Mackenzie Coal project from Resources and Energy Investments.

The Taronga project has long been Aus Tin Mining’s primary project and has been in development for a number of years. The project’s Maiden Resource was announced in 2014 as part of a Pre-Feasibility Study for a total of 22.0 million tonnes (Mt) at 0.16% tin (35,600 tonnes contained) . Since then, Aus Tin has improved the Resource to some 36.3 Mt at 0.16% Sn for 57,200 tonnes tin contained. Taronga also contains a small copper and silver Resource.

The 2014 PFS also indicated that the planned open pit mine could produce some 2,815 tonnes of tin annually at a cost of US$ 25,000/tonne. Work since then has indicated that improved recovery and feed grade could be achievable for minimal additional cost.

However, Aus Tin have struggled with their tin portfolio in recent years. Although Granville was expanded in 2018 to include the Granville East prospect, the mine was put on care and maintenance in late 2019. Although the company planned to bring the mine back into operation in 2020, the mine remains inactive.

First Tin Ltd has now moved in to take over the Taronga project.

First Tin is a new tin exploration and development company with a focus on new supply in OECD countries. Previously called Anglo Saxony Mining, the company’s main assets are the Tellerhauser and Gottesberg projects in Saxony, Germany. The company is expected to list on the London Stock Exchange in early 2022 following a capital raising.

First Tin’s German projects are located in the Erzgebirge Mountains, on the border with the Czech Republic. Combined, the two contain some 216,000 tonnes of tin, plus significant copper, zinc, indium and magnetite mineralisation. A PFS at Tellerhauser has shown the project to be viable, and a DFS is planned for early 2022.

Under the terms of the agreement between the two companies, Aus Tin will receive 60 million shares in First Tin (a minimum of 22.6%) at 30p per share, in conjunction with a capital raise of no less than £20 million. Aus Tin Mining will seek shareholder approval for the sale of Taronga at its upcoming annual general meeting.

First Tin has told Aus Tin Mining that it wants to develop Taronga as quickly as possible. A Definitive Feasibility Study at Taronga will run concurrently with the one at Tellerhauser, starting in early 2022. Once the studies are complete, First Tin is targeting annual production of some 5,000-6,000 tonnes of tin in concentrate.

Our view: The work completed at Taronga since the 2014 PFS will likely help to lower the estimated cost of production: ore sorting was evaluated in 2019, with the technology designed to remove waste rock before crushing and sorting, lowering processing costs. 2021 test work for High Pressure Grinding Roll pre-concentration indicated a possible improvement in the tin grade entering the gravity circuit.

First Tin is rapidly moving to position itself as one of the largest tin development companies in the world. With the acquisition of Taronga, First Tin will hold some 273,000 tonnes of tin between its projects, the fourth-largest tin Resource of non-producing companies worldwide.

First Tin Ltd is a member of ITA’s Explorers and Developers’ Group.