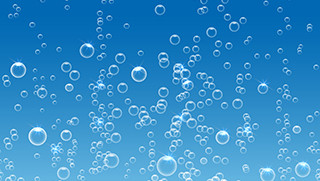 The HyperSolar research team, based at University of Iowa, have published a paper highlighting their work on optimising cell design and materials production routes for the earth-abundant tin sulphide material, achieving efficiency of 12.7%.

Unlike the conventional steam reforming process the HyperSolar technology doesn’t produce carbon dioxide and just uses sunlight energy to power the process, using readily available water sources. The hydrogen produced can be converted to electricity in fuel cells, including in vehicles. Demand for hydrogen continues to rise with recent interest in fuel cell technologies by General Motors and the US Army, for example.

The team will optimise the technology, focussing on driving down the cost of individual components to produce cheaper hydrogen and improve commercial viability.

A recent paper from Southern Taiwan University has also discussed the production and use of 2D tin sulphide nanocrystals for splitting water in sunlight to produce hydrogen, with detail on the layered structures and multiple oxidation states that can be used to improve performance.