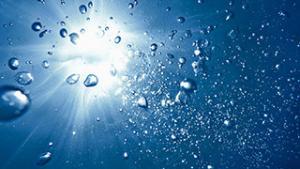 The world needs to move towards a greener future, using fewer fossil fuels. Part of that future may be powered by hydrogen but it will need to be produced cost-effectively and sustainably.

Two recent discoveries appear to enable this, with tin playing a central role.

Chinese scientists of Lanzhou University have discovered that tin can enable the conversion of waste formaldehyde into hydrogen, a green energy source, using just sunlight. A second research consortium in Japan have further demonstrated the catalytic potential of tin in producing hydrogen using alcohols as a feedstock.

Formaldehyde and alcohol emissions are generated by electrical, mining, agricultural, and many other industries. Long-term exposure to air containing even a small concentration of formaldehyde can lead to health problems. A raft of methods to tackle the problem have included physical adsorption, plasma treatment, and catalytic oxidation. Catalytic conversion using natural, solar light is an attractive alternative method that operates in mild conditions with minimal energy input. Moreover, removal of alcohols and toxic formaldehyde in this way can at the same time generate hydrogen which can be used to fuel the green economy.

Whilst noble metals such as palladium are very active catalysts for hydrogen generation from formaldehyde, their high cost and relatively low abundance limit their use. Alloying with a second, lower cost metal synergist such as tin is a way to reduce cost whilst also increasing catalytic activity.

The team from Lanzhou, China found that a catalyst with a 1:1 ratio of palladium to tin was an optimum formulation for converting formaldehyde to hydrogen in sunlight. Adding tin to palladium increased the catalyst activity by 200%, meaning hydrogen is generated at a faster rate. This palladium-tin alloy catalyst also adsorbed small amounts of oxygen on its surface which increased the efficiency of hydrogen generation. Under optimum concentrations of 1mol/L formaldehyde, 530 micromoles of hydrogen were generated per litre per hour.

The multi-partner Japanese team based in Kanagawa experimented with a tin-oxygen (Sn3O4) catalyst to make hydrogen from alcohol using sunlight. They found that the layered atomic structure of this catalyst improved the rate of hydrogen production over some other metal catalysts. Eight different alcohols were shown to successfully generate hydrogen when exposed to the tin oxide catalyst and sunlight.

Our view: According to the International Energy Agency, hydrogen demand has grown more than three times since 1975 and this is expected to increase rapidly. Almost all hydrogen is currently supplied by fossil fuels releasing around 830 million tonnes of carbon dioxide each year. For countries to reduce their carbon emissions, alternative hydrogen generation mechanisms should therefore be found. The approaches described here offer ambient conditions with little energy input and thus an ultra-low carbon hydrogen generation alternative. A range of metals including molybdenum, nickel and iron have been evaluated as catalysts. This work continues to push tin forward as a candidate, highlighting yet another of its remarkable technical properties.

International Energy Agency Report on The Future of Hydrogen, June 2019