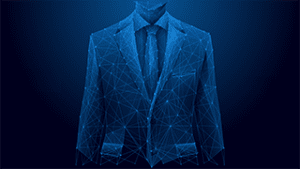 Scientists from Korea and Saudi Arabia worked together on this novel technology. A nylon-based fabric- which can stretch up to three times in length- formed the base of their supercapacitor. A solution containing blended graphene oxide (rGO) and tin oxide (SnO2) nanoparticles was sprayed at supersonic speed onto this fabric to produce a conductive material.

“rGO improves the electrical conductivity of textiles, while SnO2 provides energy storage capabilities”, the team said in their published research.

To form a supercapacitor the conductive fabric was sandwiched around a plastic separator, soaked in an electrolyte, and sealed in tape.

Stretchable supercapacitors could power futuristic, intelligent devices by themselves. Or, as supercapacitors can be charged in a matter of seconds, they could slowly recharge a battery which acts as the primary energy source for a device. Such technology is already used for regenerative braking in hybrid cars where energy is generated faster than it is stored.

Our view:  Wearable supercapacitor fabrics are still relatively undeveloped at the commercial scale. However, other wearable technologies are already widespread, with 1 in 8 people in the UK owning a wearable device. If stretchable wires, sensors, and detectors are developed, entirely stretchable devices incorporating tin oxide nanoparticles could become a reality.