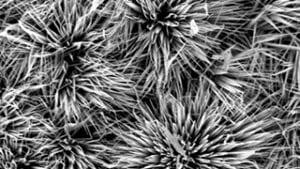 Substitution of cobalt for tin has boosted the conductivity and stability of micro-supercapacitors, with 92% capacity retained after 10,000 charge-discharge cycles. This battery-like technology could power flexible and affordable wearable devices to monitor vital signs and spot health problems.

Jia Zhu, scientist at Penn State University, conducted this micro-supercapacitor research under the mentorship of Huanyu “Larry” Cheng. He said: “The supercapacitor is a very powerful, energy-dense device with a fast-charging rate, in contrast to the typical battery- but can we make it more powerful, faster and with a really high retention cycle?”.

The Penn State team had used the abundant, inexpensive cobalt oxide to make up their supercapacitor electrodes. Cobalt oxide has a theoretically high capacity but when mixed with other materials, it reacts poorly and holds less energy.

The scientists ran computer simulations to see if swapping some cobalt for another metal would increase the amount of energy stored over time.

“We screened possible materials but found many that might work were too expensive or toxic, so we selected tin,” Zhu said. “Tin is widely available at a low cost, and it’s not harmful to the environment.”

The team in China conducted experiments to see if the simulations could be realised. By replacing some cobalt with tin and binding this new material to a graphene film, the team fabricated what they called a low-cost, easy-to-develop electrode. After 10,000 cycles of charging and discharging, their micro-supercapacitor could still hold 92% of the energy it could originally.

“The experimental results verified a significantly increased conductivity of the cobalt oxide structure after partial substitution by tin,” Zhu said. “The developed device is expected to have promising practical applications as the next-generation energy storage device.”

“The supercapacitor is one key component, but we’re also interested in combining with other mechanisms to serve as both an energy harvester and a sensor,” Cheng said. “Our goal is to put a lot of functions into a simple, self-powered device.”

Our view: Supercapacitors are non-flammable, non-toxic and in some uses can waste 14% less electricity than batteries. Moreover, power density and useful lifetime can be tenfold and fourfold better than batteries, respectively. The addition of tin to micro-supercapacitors may bring the technology one step closer to market.