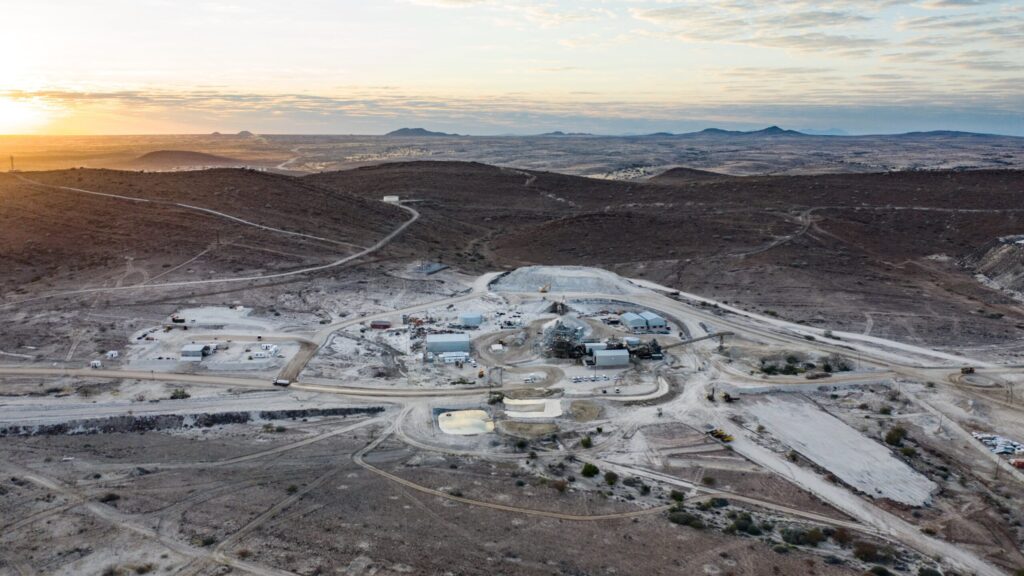 AfriTin Mining has continued its strong performance in 2021, with a third consecutive quarter producing above nameplate capacity.

AfriTin Mining owns and operates the Uis tin mine in Namibia. Quarterly production is targeted at 180 tonnes of tin concentrate, with a concentrate grade of 60-70% Sn.

In the second quarter of the 2022 Financial Year, AfriTin producing some 185 tonnes of tin concentrate, beating targets for the third quarter in a row. Improvements in plant availability, utilisation, and processing rate resulting in a increased ore throughput of 9.9%. Tin recovery improved by some 10% to 65%.

While the amount of tin contained in the concentrate did not rise, this was due to a lower feed grade entering the processing plant. According to AfriTin, the decline was due to natural variations in the Uis orebody; the grade of 0.137% Sn remains in line with the life-of-mine average of 0.138% Sn.

On top of the positive production results, AfriTin is also looking to the future. “During the quarter we commenced the early implementation work and long lead item ordering for the Uis expansion programme”, explained AfriTin Mining CEO Anthony Viljoen. In June, AfriTin Directors approved a Definitive Feasibility Study for the expansion of the existing Uis processing plant. This expansion is a modular addition to the current processing plant, but is projected to increase tin concentrate production by 67%.

Our view: Now appears to be the right time for AfriTin Mining to consider expanding the Uis project. With stable production at or above nameplate capacity coinciding with recent record high tin prices, the company will want to seize the opportunity. With a 67% increase in tin concentrate production, AfriTin could soon be approaching annualised production of some 720 tonnes of tin-in-concentrate.