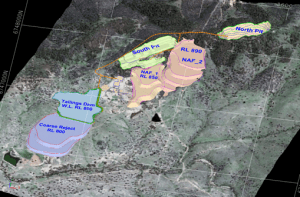 Aus Tin Mining have announced that Stage 1 of the Taronga project, located in New South Wales, Australia, will begin shortly. The company has appointed Townes Contracting to undertake the initial mining, crushing and civil works associated with the first stage.

A JORC-compliant Pre-Feasibility Study for Taronga was completed in 2014, indicating an ore reserve of 22 million tonnes at a grade of 0.16% Sn for 35,600 tonnes of contained tin. Over the 9-year mine life, roughly 2,800 tonnes of tin are expected to be extracted per year. This mining process is expected to begin with the announced 3-month contract, with approximately 50,000 tonnes of ore and waste expected to be removed. The contract also includes site establishment, ore crushing and the construction of an 8ML water dam, and will enable Aus Tin to assess the productivity and costs of the contractor in order to optimise pricing for the remainder of the Stage 1 Project.

The initial mining programme will allow Aus Tin to reconcile the true ore grade with the provisional grade estimated in the 2014 Probable Ore Reserve and to conduct additional metallurgical tests before the Stage 1 pilot plant begins operating. Although the entire Stage 1 Project is intended to provide an opportunity to evaluate any potential processing upside, the initial work could provide early results that could accelerate the Taronga project towards the next stage of feasibility work.