From January to November 2017, the estimated tin metal content of ores and concentrates from Myanmar totalled some 56,000 tonnes, up 7% compared to the same period last year. The trade data also reveals refined tin and alloy imports in November totalled 186 tonnes, while exports totalled 87 tonnes, down from 400 tonnes in October.

ITRI View: In 2017, the historical impact of the wet season on monthly exports has been mitigated by improvements to local processing equipment and road infrastructure. We understand that miners and traders have faced pressure to sell concentrate stocks to pay worker salaries and debt before the Chinese Spring Festival in mid-February, which has likely contributed to the increase in November shipments. In addition, we understand that at the beginning of December, the Wa government auctioned off 2,000 to 3,000 tonnes of tin-in-concentrate. We project that reported imports for December will continue to be high for these two reasons. 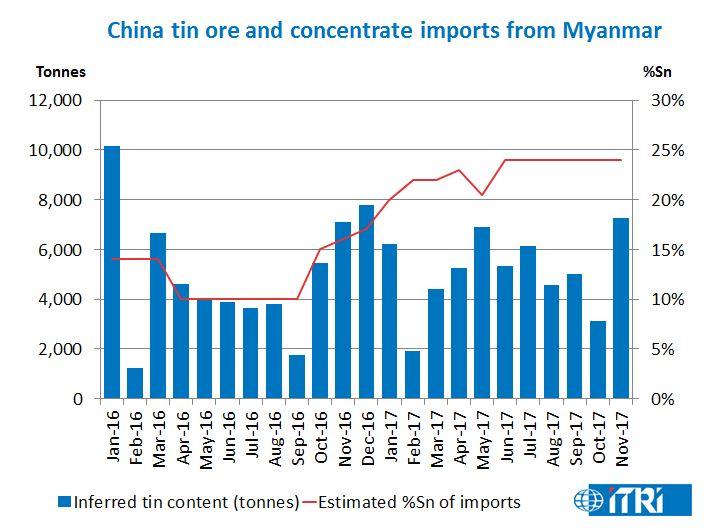