According to the latest China Customs figures, Tin contained in imported concentrate in August totalled an estimated 6,000 tonnes, with 5,600 tonnes from Myanmar, up 22% month-on-month and 11% year-on-year.

Our View: August imports of concentrate are higher than we had originally estimated, but may have been impacted by local destocking. Due to low concentrate stock levels observed in a recent visit to the border by the International Tin Association, we expect imports in next few months will reflect current production levels of 3,000 – 4,000 tonnes per month. Our best estimate of 2018 shipments of tin-in-concentrate from Myanmar to China, based on current production, is around 60,000t, down by 11% year-on-year. But this doesn’t include possible sales of stock by the local government, which is difficult to predict and could feasibly result in a higher final shipment figure. 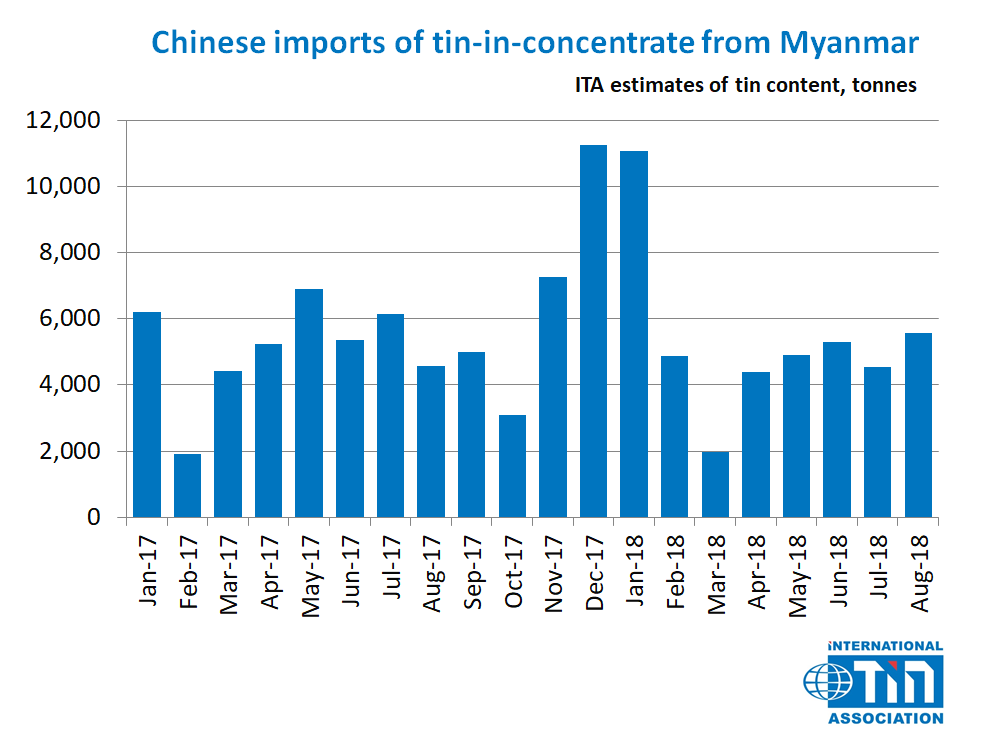