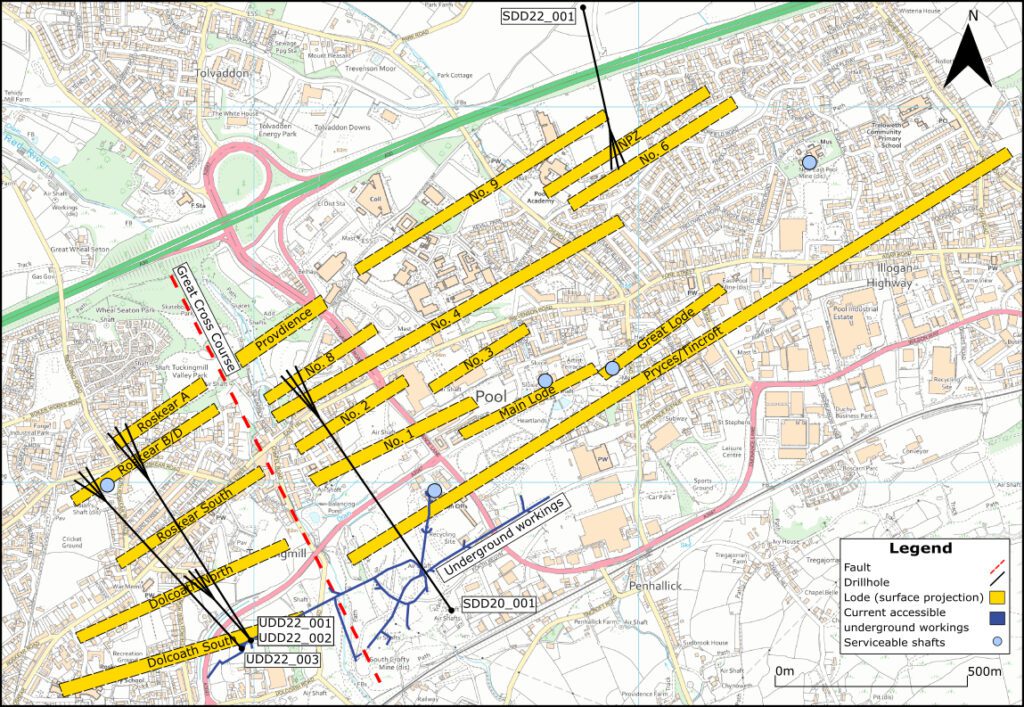 Cornish Metals has announced that it has commenced a new drilling programme at South Crofty, as part of the project’s Feasibility Study.

Cornish Metals acquired the historic South Crofty mine in 2016 and recently received sufficient funding to advance the project to a Feasibility Study. The current drilling programme is a key part of this work: data will be used to optimise the processing flowsheet.

Samples will be collected from the main lodes – mineralised veins in the mine – and will undergo metallurgical testing. Ore sorting will feature amongst the various metallurgical studies; this technology could provide an opportunity reduce the size of the processing plant by rejecting barren rock earlier in the process. Assay data will also be collected to add to the current Mineral Resource Estimate.

Three drill rigs have been contracted for a minimum 8,000-meter drill programme and will arrive throughout July. The first two drills on site will be stationed on the surface and will target the central and eastern parts of the resource area. The third, which will arrive in late July, will sample the western areas from underground.

Our view: Cornish Metals received funding just four months ago and have quickly mobilised to make use of it. According to CEO Richard Williams, “this drill programme allows [Cornish Metals] to accelerate the South Crofty Feasibility Study in advance of dewatering the mine”. In the 2017 Preliminary Economic Assessment for the mine, estimated tin recoveries of 88% were quoted for the polymetallic mineralisation. These are high for a tin project but are based on the mine’s long history. It will be interesting to see how the deeper, pure tin mineralisation can be incorporated into the flow sheet.