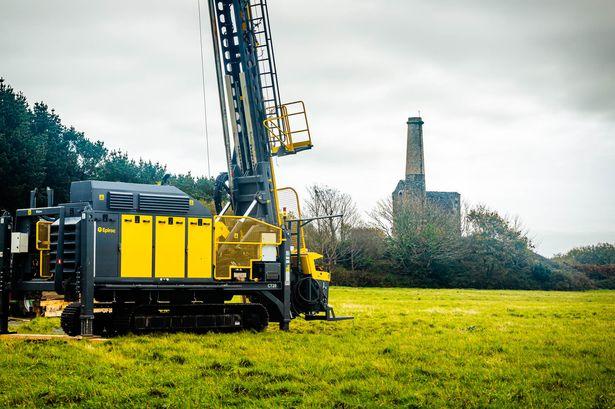 Cornish Metals has reported that a second set of drill core assays taken from its United Downs project have returned tin mineralisation. The results come just over a month after the company released positive results from its exploratory drilling work at South Crofty.

The deep diamond drill holes, originally drilled by Cornish Lithium to test for lithium brines, were located on Cornish Metals’ mineral rights area at United Downs. However, the drilling results intersected multiple zones of both tin and copper mineralisation, rather than lithium.

The mineralised zones extend for over 750m vertically, but according to the company “additional drilling is required to determine the true width of all reported mineralised zones”. On top of this, the zones remain open to depth, meaning that the drill holes did not find the end of the mineralised vein.

These new mineral occurrences were found below the former copper-producing United Mines and Great Consolidated Mines, suggesting that the mineralisation may be economical to extract. The area was also part of an exploration programme by Carnon Consolidated – then a subsidiary of Rio Tinto – in the early 1980s. The programme had encouraging initial results before the tin price crash of 1985 caused all regional exploration to cease.

Our view: Taken with Cornish Metals’ recent encouraging results from further drilling work at South Crofty, these new assays indicate the good regional prospects for Cornish tin. WIth five previously unrecognised zones of tin and/or copper mineralisation, there is hope that these results will lead to an mineral resource at United Downs.