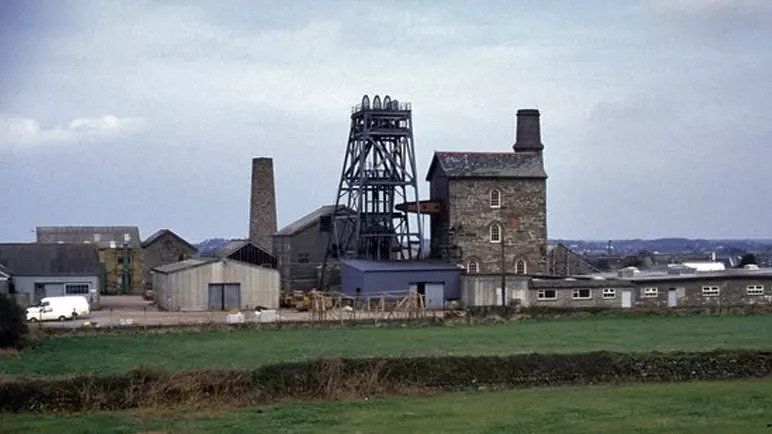 The South Crofty project is a brownfield development in the south-west of the UK, in the historic tin mining district of Cornwall.

Tin mining in Cornwall began in the Bronze Age. The South Crofty mine itself is much younger, but has still been in operation for over 400 years. Significant production from the mine began in the 17th century. At the time of the collapse of the International Tin Agreement, and subsequently the tin market crash, in 1985, South Crofty was still operating. However, the following low prices forced the mine to close in 1998.

The mine was acquired by Cornish Metals (then Strongbow Exploration) in 2016. The company also published the South Crofty‘s maiden Resource Estimate in the same year.

Since then, the company has completed a Preliminary Economic Assessment of the mine, and have obtained the necessary environmental permits and planning permissions to begin operating the mine.

The latest work has focused on expanding the existing 2016 Resource Estimate and comes following a successful drilling campaign in 2020.

The results indicate significant increases in contained tin and the average grade of the mine.

The Lower section of the mine is the most prospective for tin as the Upper sections were readily exploited during South Crofty‘s long history. According to Cornish Metals’ latest estimates, the Lower Mine contains some 65,000 tonnes of tin as a Resource. 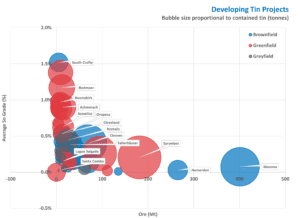 However, the Upper Mine is attractive as it still contains a small copper and zinc resource. These minerals are included in the Tin Equivalent (SnEq) grades. This makes the project more attractive during the current commodities bull market.

Our view: Previously, South Crofty was the joint-highest grade developing tin project. With the new results, the project has moved clear of its competitors with an impressive 1.52% Sn average grade. This compares to an average amongst developing projects of just 0.41% Sn.

In terms of contained tin, South Crofty has moved into the top quartile of projects with the latest announcement. Low grade, high volume projects are dominant at this end of the scale.

As part of the closure of South Crofty in 1998, the mine workings were flooded. Although Cornish Metals has equipment on-site, ready to dewater the workings, the process requires significant investment. As such, much of the company’s current work focuses on the greenfield United Downs project nearby.