Australia-listed Kasbah Resources Limited has announced the promising results of ore sorting test-work for its Achmmach Tin Project in Morocco.

Testing included processing of a two-tonne ore sample from the project in February 2018. Results indicated that implementation ore sorting could result in a 40% rejection of waste prior to delivery of ore to the main plant. This would result in an increase in head grades to the proposed main plant from 0.85% to 1.14% Sn. 6% of tin would be lost in the reject material from the ore sorter but this would be more than offset by increased processing plant recoveries from 72.7% to 81.6%. Implementation of an ore sorter would reduce the required plant throughput from 0.75 Mtpa 0.5Mtpa, reducing capital and operating costs associated as well as reducing the tailings capacity requirement for each tonne of tin produced.

A new Definitive Feasibility Study is scheduled for completion by June 2018 and will incorporate design improvements based on the final results of the ore sorting program along with other studies, such as the impact of a change in ore grinding machinery in the processing plant. Kasbah expects the changes to significantly improve the project economics and potentially lead to an increase in reserves and mine-life following a reassessment of cut-off and mining grades.

Our View: Ore sorting technology has been successfully implemented at the San Rafael Mine in Peru and is currently being installed at the Renison Mine in Tasmania. With a precedent set for its use in tin operations, we expect it the technology to be more widely considered within tin project design plans and as a potential capital investment in existing operations, particularly for large-scale industrial hard-rock operations treating significant volumes of ore. 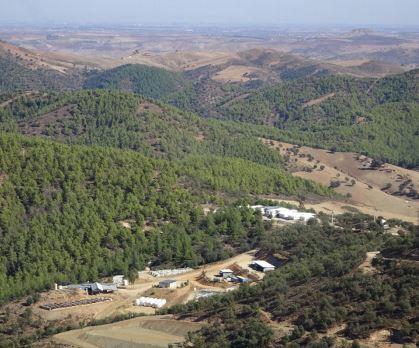