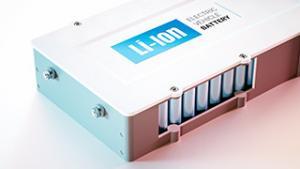 The world’s largest mine-to-metal lithium producer FMC Corporation, US has published the latest in its series of patents on lithium compounds containing tin, silicon or both for lithium-ion batteries.

Both tin and silicon can alloy with lithium ions to store energy when a lithium-ion battery is charged, and researchers around the world are developing different types of new electrode materials that can exploit this effect to boost charge capacity over today’s graphite electrode products. The work is generally aimed at making the tin small enough and strong enough so that lithium ions can move in and out of the alloy faster and without causing damage through repeated expansion and contraction.

Often these approaches need to mix the tin with other materials such as special carbons or metal oxides, but this can decrease the overall charge capacity because they are not themselves so active and the overall charge stored may be diluted. Using lithium compounds themselves to hold the tin nanoparticles is theoretically the best possible solution. Indeed lithium compounds are already the basis of commercial lithium-ion cathode materials and also of lithium titanate which is used an anode.

FMC Corporation is a diversified chemical company serving agricultural, consumer and industrial markets. It supplies a wide variety of lithium-based precursors and products for energy storage, including lithium metal for electrodes. A new publicly traded company will be created for its lithium business in the second half of 2018.

< Back to Lithium Ion Batteries
< Back to New Technologies