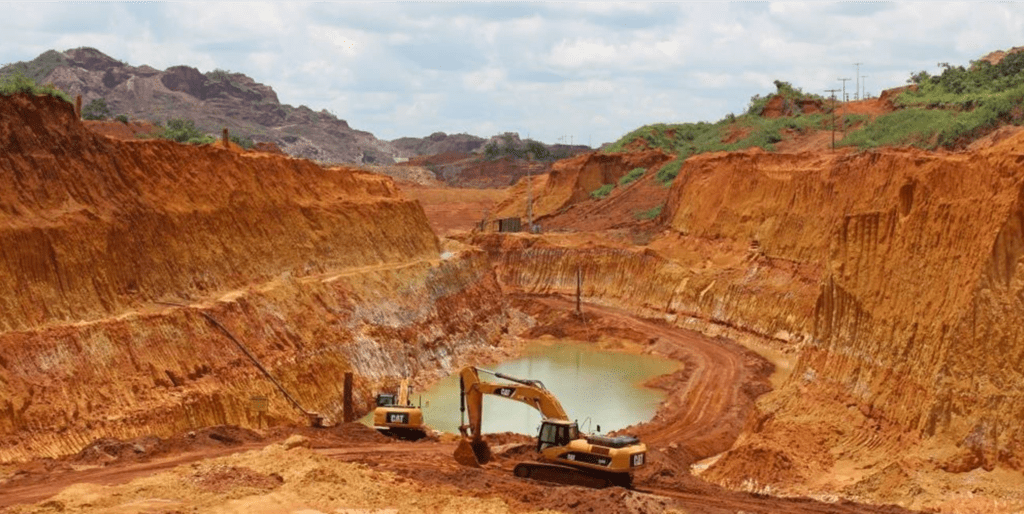 Meridian Mining has announced that it has signed a Letter of Intent (LOI) with Orosur Mining over its Ariquemes tin project.

Meridian Mining owns concessions in the Ariquemes area, Brazil’s second largest tin-producing area. The Pitinga tin field, owned and operated by Taboca, a subsidiary of Minsur, is Brazil’s largest. Ariquemes has been an active tin mining region for decades, with the historic Bom Futuro and Massangana mines among the largest.

Meridian Mining has had a stake in the region for some time. The company formed a joint venture with Coopersanta, a local cooperative, in 2016 to developed a project to reprocess the tailings at Bom Futuro. A Preliminary Economic Assessment (PEA) for the mine was produced in 2017. The planned operations would have produced some 2,000 tonnes of contained tin per year. However, there has been no development since the PEA was published.

However, the current Ariquemes project covers a much wider area. 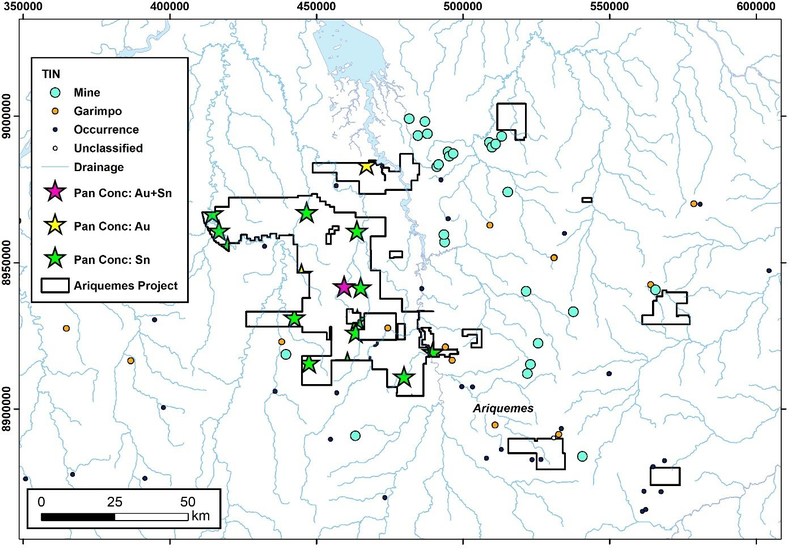 A map of Meridian’s concessions in Ariquemes.

Meridian’s concessions were evaluated under the Brazilian Geological Survey’s (CPRM) program to map “Areas of Relevant Mineral Interest”. This project combined stream sampling, geological mapping, magnetic surveying, amongst other techniques. According to Meridian, all the signs point to significant tin mineralisation in the area.

Orosur Mining is a Canadian explorer, which is dual listed on the TSX and AIM exchanges. The company owns the Anza gold project in Colombia, which it runs in partnership with Newmont and Agnico Eagle. Gold was found alongside the tin mineralisation in CPRM’s stream sediment sampling program.

Under the terms of the LOI, Orosur will be able to acquire a majority share in the Ariquemes project by spending US$ 1 million on exploration work over the next two years. It will also have the right to acquire an additional 24% interest in the project if it incurs an additional US$ 2 million in exploration expenditure over the two years after. Once a binding agreement is made, Orosur with the become the main operator of the Ariquemes project.

Our view: Currently, there is significant artisanal and small-scale mining in the region. Historical mines, such as Sao Lourenco and Bom Futuro, continue to be worked by cooperatives, such as Coopersanta. There are also several smelters in the area that could purchase ore from any future mine.