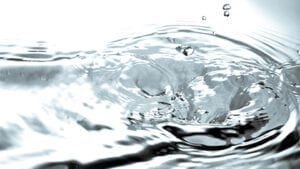 Most hydrogen today is produced using the Steam Methane Reforming (SMR) process, which releases CO2 as a by-product. As a result, hydrogen production currently accounts for around 1% of global CO2 emissions. Hydrogen is a valuable gas that is used to produce ammonia, needed for widely used agricultural fertilisers. Demand for fertiliser is only likely to increase to feed the growing human population, which could expand 40% by 2100. Beyond that, to power a low-carbon hydrogen-economy fuelled by hydrogen fuel cells, hydrogen must become a readily available feedstock that is itself produced through low-emission pathways.

Using heat to breakdown methane gas by ‘pyrolysis’ has been considered a low-emission alternative to SMR for some time. In this process, methane (CH4) is split directly into solid carbon and hydrogen gas at high temperatures- a process known as ‘cracking’. In the past, this process faced technical issues such as low conversion rates and reactors becoming clogged with solid carbon. Advances in the work with tin were pioneered in Germany in 2012 by Professor Carlo Rubbia, who was jointly awarded the 1984 Nobel Prize in Physics. He initiated a joint project between the Institute of Advanced Sustainability Studies (IASS) and Karlsruhe Institute of Technology (KIT) to investigate the tin technology.

The German research team ran a series of experiments to find the optimum reactor technology for methane pyrolysis. Their final design was a 1.2m high device made of quartz and stainless steel that used pure molten tin. The proof-of-principle reactor ran without interruptions for two-weeks, producing hydrogen with a conversion rate of 78% at 1200⁰C. IASS researchers collaborated with RWTH Aachen University to conduct a life cycle assessment (LCA) of their scaled-up prototype. Compared with SMR, their methane pyrolysis was found to be 50% cleaner than SMR.

To build upon this pioneering research, scientists at MIT will advance the technologies involved in recovering hydrogen from methane pyrolysis. Their process will again use molten tin; the metal is essential in preventing the reactor blocking up with carbon. The team have already developed equipment for the flow and containment of liquid metal at extreme temperatures without leakage or material degradation. Importantly, this process will produce a high value, high-purity by-product: solid carbon. The second revenue stream from this black, powdery material, used in the production of steel, carbon fibres and other carbon-based materials, will allow the low-carbon tin technology to economically break even with current emission intensive SMR hydrogen.

Our view: Hydrogen is increasingly being looked to as a path to a low-emission, climate-friendly future. The Hydrogen Council, for example, forecast that 20% of today’s diesel trains will be replaced by hydrogen-fuelled trains by 2030, leading to CO2 emission reductions of up to 3.2 Gt per year. The molten tin process is just one of several options being considered for hydrogen generation, with water splitting being another low-carbon option, for which other tin technologies are in R&D. Tin could have a further advantage in potentially being able to generate hydrogen from methane using molten tin in a mobile unit within a vehicle’s hydrogen fuel cell, especially where hydrogen fuel stations are limited. See also. The new MIT initiative could indeed be a step forward for tin’s contribution to a sustainable hydrogen-based economy in the future.