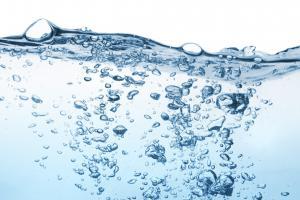 In the United States, almost 200 million people are exposed to unsafe levels of chromium-6 – Cr(VI), according to a 2016 report. The heavy metal can cause issues in humans ranging from skin rashes to kidney and liver damage, to lung cancer.

In California, the State Water Resources Control Board has a limit of 50 parts per billion (ppb) for Cr in drinking water and could reduce this further to just 5 ppb. Los Banos, in California, has chromium levels already approaching the current limits. In a recent pilot study of AMS’ SafeguardTM H20 chromium remediation system in the city, Cr(VI) levels dropped from 40 ppb to non-detect levels (under 1 ppb).

The trials demonstrated the system’s ability to effectively and affordably treat well water. The Cr levels achieved were far below those reached by more expensive, traditional Cr(VI) remediation technologies.

The remediation system uses an innovative approach. In an electrolytic process, the system generates a stannous ion reagent from a tin metal electrode. This ion then reduces the chromium ion, neutralising its toxicity.

The simplicity of the technology, coupled with its small footprint, means it can be installed and running in just a few hours. This makes it an ideal solution for cities looking to tackle Cr pollution, at a fraction of the typical cost and time.

Discussions over a new Californian 5 ppb regulation would be greatly helped by demonstration of a viable approach such as this. There are over 1,000 active wells in California, which could use many hundreds of tonnes of tin per year through the AMS system.

AMS have issued a video which follows Rick Bacon, CEO of AMS, and Vladimir Dozortsev, Senior Product Manager of AMS, in the field for the installation of a full-scale pilot of SafeGuard™ H2O intelligent Cr(VI) remediation system in a Central Valley California Community: