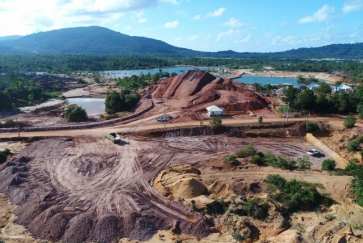 In March, PT Timah announced that it would cut production of refined tin by some 30% while demand recovered from the impact of COVID-19. Recent publicly available data indicates that in the first half of the year, output was some 26% lower than in 2019.

COVID-19 has severely disrupted tin use around the world. Factory closures, combined with low consumer confidence, has seen lower spending on non-essential items. Unfortunately for tin, this includes markets like high-end electronics. Apart from tinplate, all tin using sectors have been negatively impacted by COVID-19.

With demand down, tin prices dropped considerably over the first half of the year. The LME price fell below US$ 13,000/tonne in March, levels not seen since 2010. At these prices, most tin producers would struggle to make a profit.

The combination of the two factors saw PT Timah make its announcement: it would reduce output by 30%. This was a marked change of stance from the end of 2019 when the company forecast that it would increase tin production in 2020. Forecasts then were that output would rise by 5% from 65,000-70,000 tonnes the year before.

However, even an annual decline of 30% from 2019 would still see PT Timah produce around 45,000 tonnes of refined tin. 2019 figures were far above the average over the last five years, partly due to a lack of competition for domestic tin concentrates. The closure of many of the Indonesian private smelters in late 2018 resulted in the government-owned refined tin producer being the only destination for ores and concentrates in the country. Exports of raw materials from the country remain banned.

The company’s official sales target for 2020 is around 55,000 tonnes of refined tin. This would be a 19% reduction on 2019 sales figures. No production targets have been made public, although it is likely that production will be slightly lower than sales. This is due to stock reductions; Timah’s Q1 financial report states that the company was drawing down process inventory.

However, the company clearly feels that demand in the second half of the year will be an improvement on the first six months. While there is a lot of uncertainty in the market at the moment, there is a general feeling of optimism amongst tin users. This will likely see the company restart paused mining operations in the near term, with smelting output lagging a month or two behind.

Our view: The combination of COVID-19 related closures and PT Timah’s production cuts saw world refined tin production fall by an estimated 14% in H1. With most smelters (excluding EM Vinto in Bolivia) returning to full production, global output is likely to be higher in the second half of the year.

On the demand side, there are reports that demand outside of China is taking longer to return to usual levels. As the world’s largest exporter of refined tin, this will be a concern to the Indonesian smelter. ITA estimates that global refined tin demand will return to grow in the final quarter of 2020, although compared to a low base.