Renison mine produced a record amount of tin in January, according to Damien Marantelli, managing director of Metals X.

The mine, located on the west coast of Tasmania, is a joint-venture between Metals X and Yunnan Tin Group. In the final quarter of 2018, the mine produced some 1,800 tonnes of tin-in-concentrate, but this looks set to be beaten, as production from the mine reached 871 tonnes in January alone. These mine results have been even more notable as the tin price, in Australian Dollars, has hit a seven-year high. The previous high, in 2011, was above 30,000 AUD/tonne; currently, the price is around 29,500 AUD/tonne.

Our View: Australian mining appears to be ramping up, with increased tin output from Renison coinciding with new production at the Granville mine. Despite bush fires threatening production in January and forcing the mine to suspend operations for two days, Renison still achieved record output. This bears well for the future of the mine, which is due to report its updated resource estimate in the June quarter. 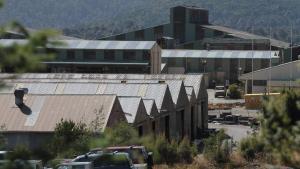