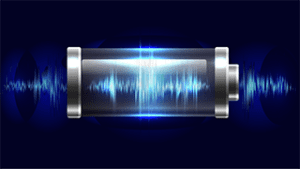 Research at Argentina’s National University of Cordoba showed “an emergent effect of the interaction between tin and silicon” in graphite anodes. The team ground up tin, silicon, and graphite powders in a 1:1:1 ratio. The resulting nanoparticle mix was heated for two hours to create an anode.

Subsequent cutting-edge experiments showed this composite anode could maintain energy transfer at a high rate in a lithium-ion battery cell, even after 100+ charging cycles. The scientists concluded that tin provided a physical constraint, preventing the silicon and graphite nanoparticles separating and ultimately extending the silicon-graphite anode lifetime.

Silicon has, for some time, been touted as the material to improve the performance of lithium-ion anodes. In theory, silicon anodes have an energy density ten-times that of graphite. During charging, however, lithium-ions insert themselves into silicon anodes, forcing the electrode to expand to four times its original size. Research such as this aims to find ways to prevent the anode fracturing, failing, and cutting short the battery life.

Tin is also very much in the race to improve anode performance, either alone or as a synergist with silicon and other materials. “Tin-based materials are strong candidates as the anode for the next-generation lithium-ion batteries due to their higher volumetric capacity and relatively low working potential”, said Fengxia Xin and co-author Nobel Laureate Stanley Whittingham in their 2020 paper.

Our view: This latest paper highlights another fascinating synergy between tin and silicon, confirming the significant potential for new tin use in lithium-ion batteries over the next decade.