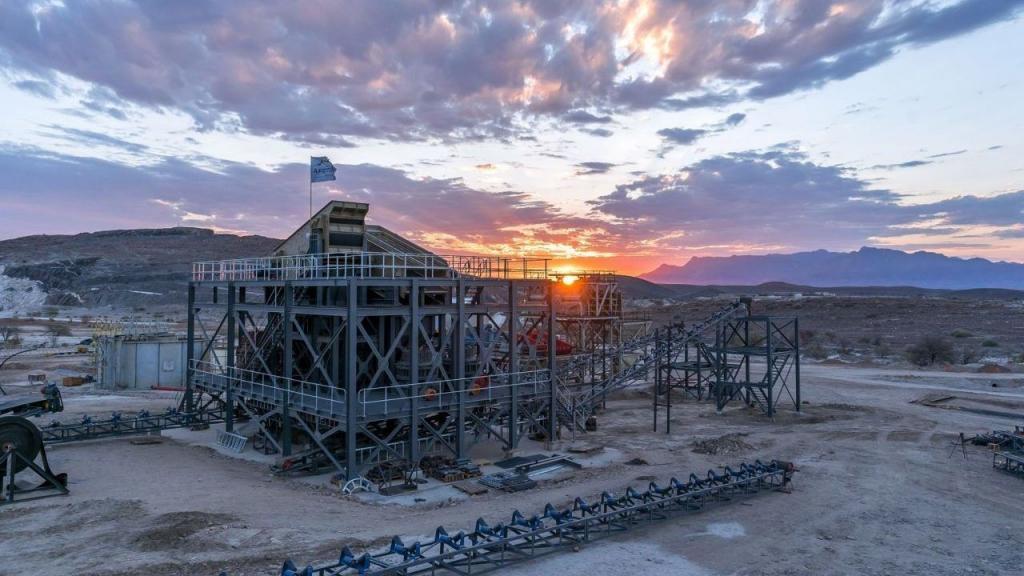 AfriTin Mining reported record levels of concentrate production at its Uis tin mine in November, according to its latest quarterly update.

The company, which operates the Uis tin mine in Namibia, reported that it produced a record 88 tonnes of tin concentrate for the month, containing 53 tonnes of tin.

After achieving higher than nameplate capacity throughout 2022, AfriTin has been expanding operations at the mine. The Phase 1 Expansion Project has upgraded the crushing, screening, and concentrate cleaning circuits, as well as debottlenecking constraints in the concentrator. Overall, the project targets an increase in concentrate production at the mine to 100 tonnes per month (tpm) from previous levels of 60 tpm.

Construction of the plant was complete in September last year, requiring a 5-week shutdown of the processing circuit, and was commissioned a month later. The ramp up period was to take approximately 3 months, from November to January.

However, with the production capacity reaching 88% in November, the ramp up is well ahead of schedule. Anthony Viljoen, CEO, Afritin is “extremely pleased with the production” in November, which exceeded targets by 20%. Comparing plant and ore processing rates with the monthly average between March-August also shows positive signs, increasing by 17% and 22%, respectively.

He continues, “the expanded production capacity will significantly increase revenue and reduce unit costs, thereby improving the margin and sustainability of the operation.”.

Our view: Despite the five-week plant shutdown hindering overall production for the quarter by 32% QoQ, subsequent increases will outweigh this within the following approximately three or four months.

As results for the following quarter come through, we can expect new record levels of production coming into 2023. Furthermore, speaking at the 11th  Investing in Tin seminar, the company is optimistic in continuing to increase production through to the second quarter of 2023.