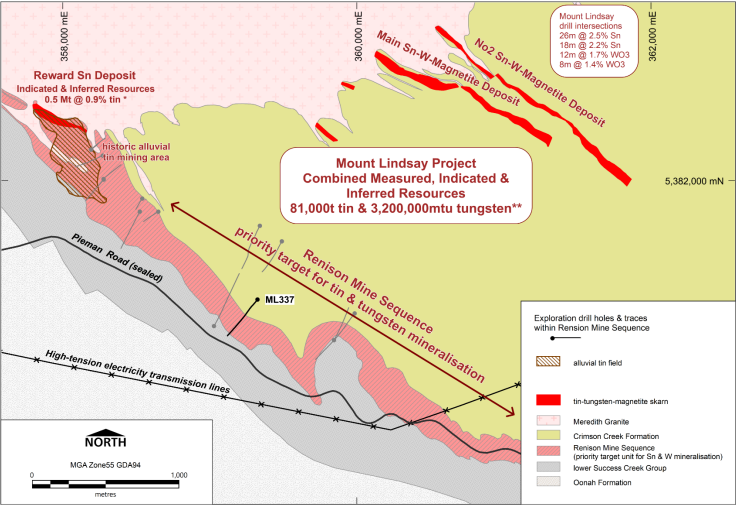 Australian exploration company Venture Minerals has discovered a new tin-bearing sequence near to its Mount Lindsay project in Tasmania.

The Mount Lindsay project is located in north-western Tasmania, some 12km north-west of the major Renison Bell Mine. The Renison Bell mine was first discovered in 1890, and has been operated across three different centuries. Similar to Renison, the tin-tungsten mineralisation at Mount Lindsay is found with skarns – altered limestone.

A 2019 electromagnetic (EM) survey by Venture Minerals identified several high-priority targets, including one just south of the existing mineralisation at Mount Lindsay. This target is located along the Federal Basset Fault, which is thought to have been a significant factor in the formation of mineralisation at Renison. The EM anomaly is supported at surface by soil anomalies and a nearby minor alluvial tin field. 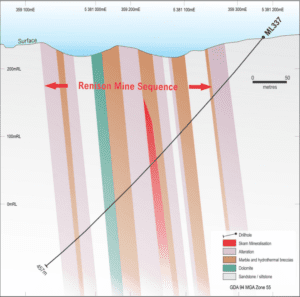 Now, results from the initial drill hole have confirmed the existence of Renison-style sequences in the area. A 250m wide intersection of the Renison Mine geological sequence includes at least five major units with potential for tin and tungsten mineralisation.

The company is awaiting assay results from the drill core, but the discovery has significant potential. According to Venture Minerals’ Managing Director Andrew Radonjic, “the discovery of a potential new tin-bearing skarn system so close to the Company’s flagship tin deposit delivers Venture an excellent opportunity to add to the already significant resource base at Mount Lindsay”. Venture has immediately committed to a downhole EM program while the company waits for assay results.

Our view: Further drill holes are planned along strike of this new discovery, which could potentially delineate a significant tin-containing deposit in the area – if assay results return positive tin grades. With the potential new deposit being adjacent to the existing mineralisation at Mount Lindsay, it could easily be included within the larger project if developed.

Venture Minerals is a member of ITA’s Explorers and Developers Group.