Venture pushes ahead at Mt Lindsay 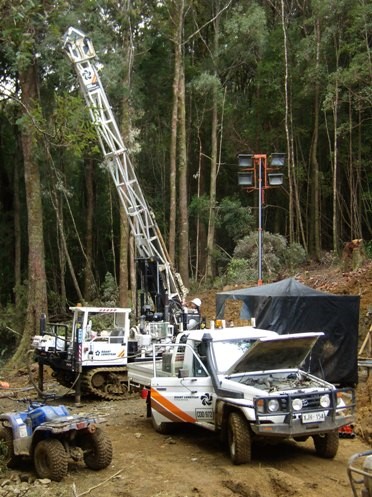 Venture Minerals has begun working on a Feasibility Study for an underground mine at its Mount Lindsay project.

Mount Lindsay, located in Tasmania, Australia, lies within the same tin field that hosts the Renison Tin Mine and has been in development for a number of years. The maiden tin and tungsten resource was announced in 2009, containing some 49,000 tonnes of tin at a grade of 0.2% Sn. In 2012, Venture completed a Bankable Feasibility Study (BFS) for the project, which suggested that tin could be mined for just A$ 59/tonne from a combined open pit and underground operation.

There has been significant progress since then – Mt Lindsay is now known to contain nearly double the amount of tin, some 81,000 tonnes at a grade of 0.2% Sn – but there is still more to do.

Venture is now aiming is to publish a Feasibility Study for the project, which will detail initial plans for mining and processing at Mount Lindsay. This work will build on the results of the previous scoping studies as well as upcoming work, such as further drilling and engineering studies.

Additional drilling is required to confirm whether the high-grade MacDonald and Radford offshoots of the known mineralised skarns continue over significant distance. Drilling has already begun, and the extracted material will also be used as part of processing testwork to finalisation the mine’s flowsheet. Venture notes that processing at Mount Lindsay will likely be gravity-focused, due to the amenability of cassiterite to dense media separation methods. Further work will be required to firm up the mine design and update the mining permit for Mt Lindsay given changes in the mining and processing strategies.

Our view: Ongoing work at, and around, Mt Lindsay is a positive development for the tin market. Mt Lindsay’s tin resource is in the top 20 for actively developing global tin projects and could represent significant new capacity coming online when the mine is developed. If operating costs similar to the 2012 BFS can be achieved, Mt Lindsay would be in the lowest quartile for global tin mines.

Venture Minerals is a member of ITA’s Explorers and Developers Group.