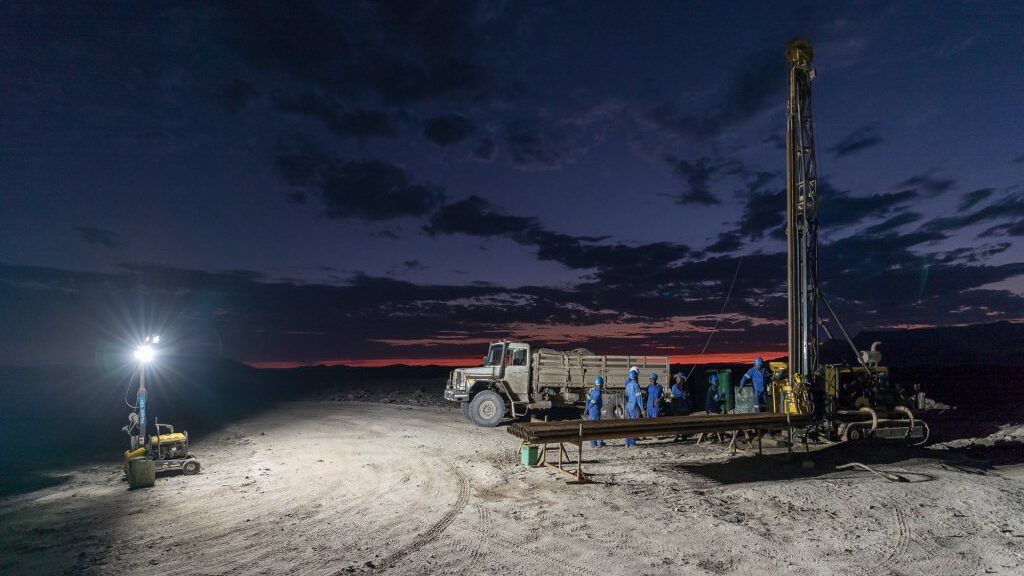 AfriTin Mining has begun the first of multiple exploration programmes at and around its Uis mine in Namibia.

AfriTin has been producing tin in Namibia since late 2019. The Uis mine – its main asset – is currently exceeding its monthly capacity of some 60 tonnes of tin concentrate. Expansion plans look to increase this by 67%.

To support the growth at Uis, AfriTin is beginning work to expand the mine’s Mineral Resource. According to AfriTin CEO Anthony Viljoen, the current ore reserve “represents a small portion of the historically drilled area”. As such, the exploration programme has been designed to upgrade historical reserves to modern JORC requirements.

Data from previous owners at Uis has played an integral part in AfriTin’s success. Some 141 drill holes completed by previous owners ISCOR were confirmed by a further 26 holes drilled by AfriTin as part of Uis’ Maiden Resource.

However, there are still more than 600 drill holes yet to be confirmed across the mining license. AfriTin plans to include this data in its upgraded Mineral Resource by completing some 19,000m of drill holes over 24 months.

On top of expanding the tin resource at Uis, AfriTin is looking to do the same with lithium and tantalum. Over the next 12 months, the company plans to complete some 8,000m of drilling to increase the confidence level of the Li/Ta Resource from inferred to indicated and measured in order to incorporate them into the overall Mineral Reserve estimate.

Outside of Uis, the company also holds several other licenses with potential for tin, lithium, and tantalum mineralisation.

AfriTin’s top priority here is the historic Brandberg West mine. Previously operated by Goldfields between the 1940’s and 1980’s, the mine reached peak production of some 1,249 tonnes of tin-tungsten concentrate in 1978. A high-resolution soil sampling programme was undertaken by Goldfields, and AfriTin plans to expand on this through an initial mapping and sampling programme.

Once completed, this work will be combined with existing datasets to plan a drill programme along strike and at depth, which could lead to a Maiden Resource. AfriTin is currently planning some 3,000m of drilling within a 10-month programme. During this period, AfriTin’s geologists will be busy exploring additional targets that have already been identified within the 35,000-hectare license.

Lower down the priority list are the Nai-Nais and B1C1 licenses. Both areas have seen some historical mining and have reported high lithium and tantalum grades respectively.

At Nai-Nais, AfriTin plans to complete an 8-month exploratory field work programme in order to identify the areas of greatest potential. This could then be followed by a drilling programme to produce a Maiden Resource.

For the B1 and C1 pegmatites, some historical drill data already exists, and this will be modelled in order to evaluate the economic potential of the area and inform future work programmes. This work is expected to take some four months.

Our view: AfriTin has laid out a promising 3 year-long exploration programme that aims to expand the Resource of the company’s producing asset, as well as in more speculative areas.

With the company already having identified cassiterite (tin) mineralisation in over 180 pegmatites within 5km of the Uis processing plant, it seems likely that the planned exploration programme will return positive results. This will be crucial to the company’s expansion hopes, as investors will be looking for the company to back up the planned increase to production with a strong Resource base. The addition of lithium and tantalum to the Mineral Reserve will also benefit the company in this regard.