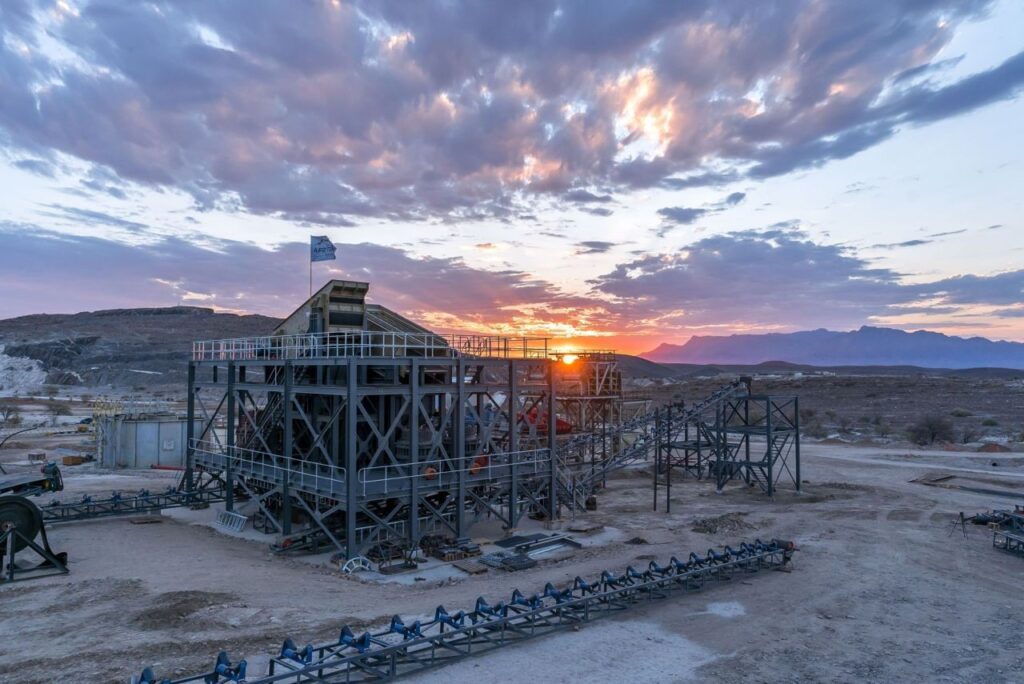 Results of the final drill holes from AfriTin confirm mineralisation at depth at the Uis tin mine in Namibia.

AfriTin Mining owns and operates the Uis tin mine in Namibia, which has been in operation since late 2019. Since then, the company has produced nearly 600 tonnes of tin-in-concentrate from the existing V1/V2 pit at the mine.

Now that the mine is in steady-state operations, AfriTin’s focus is firmly on expansion. The company plans to begin expanding its processing plant at Uis after it confirmed the viability of the Phase 1 Expansion project through its Definitive Feasibility Study (DFS) in May.

The Phase 1 Expansion DFS highlights recoveries of both lithium and tantalum as key minerals, yet neither has a JORC-compliant Mineral Resource yet at Uis. The most recent drilling campaign has been focused on providing data for this exercise, as well as proving that the tin mineralisation also extends at depth.

AfriTin CEO, Anthony Viljoen, is “pleased” with the results. Assayed drill cores returned tin grades between 0.156 – 0.171% Sn, in line with average feed grades currently being achieved at the mine. He commented that the “high-grade drill hole intersections substantiate our belief that AfriTin Mining is poised to become a leading supplier of technology metals targeting a more diversified portfolio of production in the future.”

Our view: AfriTin Mining is rapidly moving towards achieving Phase 1 Expansion, in line with its forecast of achieving expanded nameplate production within eight months of the May DFS. With tin grades in line with or higher than recent quarterly results, the recent drilling results confirm the greater potential at Uis. The company is well funded for the expansion following its recent announcement of a US$ 6 million (£4.5 million) loan from Standard Bank Namibia.