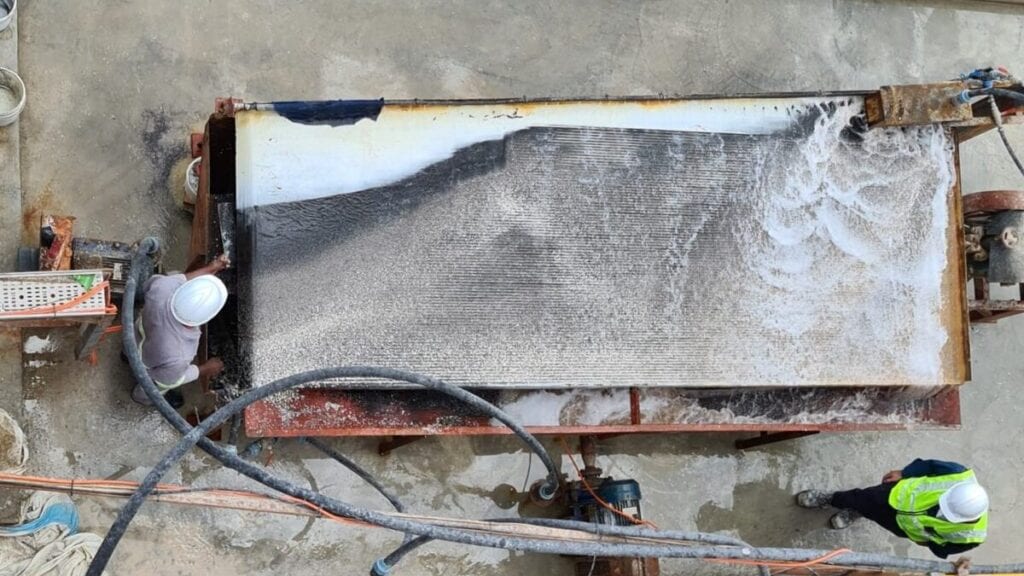 AfriTin Mining has announced that it produced some 300 tonnes of concentrate from its Uis tin mine in the 2020-2021 Financial Year.

AfriTin Mining began redeveloping the historic Uis tin mine in 2018, with first ore production celebrated in December of that year. The company produced its first tin concentrate toward the end of 2019.

Despite issues at the beginning of 2020 due to the COVID-19 pandemic, production at Uis has progressively improved throughout the year. The Dec-Feb period was the best on record for concentrate and contained tin production. At current production rates, annual production in the next 12 months could exceed this; according to CEO Anthony Viljoen, “the company is operating 108% beyond our production targets for Stage 1”. According to the announcement, the company produced 117% of the Stage 1 quarterly target in terms of tin contained in concentrate.

There is more to come from AfriTin as well. “Our work is far from complete,” commented Anthony, “we look to incrementally expand our processing and bring additional concentrate streams online”. The company is planning to expand the capacity of the processing plant at Uis to produce in excess of 5,000 tonnes of tin concentrate.

Our view: The positive announcement comes shortly after AfriTin renewed its tin offtake agreement with Thaisarco and secured tungsten offtake with AfriMet, a 3Ts trader. We expect AfriTin to produce 400-500 tonnes of tin-in-concentrate in 2021, reaching the upper limits of this forecast if it continues to operate at current levels. We expect production at Uis to slowly build over the next few years before a significant ramp-up as Phase 2 operations begin. We forecast this transition to Phase 2 operations to begin in 2023.