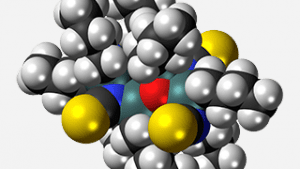 Scientists at Monash University, US have discovered that coating tin crystals on copper is the best way to make the reaction most efficient in the formate reaction.

The team tried coating the tin dendrite crystals onto different metals – platinum, copper, indium and tin itself – but found a previously unknown effect with copper that increased reaction efficiency to 67% for conversion of carbon dioxide to formate. They were able to link the effect with an electrochemically driven pH shift in the reaction solution.

Formic acid is a commonly used commodity for textiles, pharmaceuticals and food chemicals, traditionally in the leather and tanning industry but more recently in livestock feed. As well as being a more sustainable route to formic acid  production, carbon capture technology could be a new route to more sustainable fuels, especially if linked to the hydrogen economy as a way to transport hydrogen safely or to be used in hydrogen fuel cells. R&D to decrease catalyst costs has been identified as a critical step in commercial viability.

Paper on techno-economics of formic acid production with carbon capture, May 2016

< Back to Carbon Capture