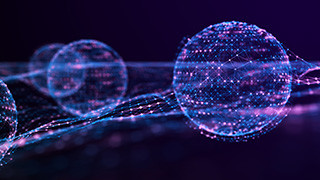 Thermoelectric materials are key to reducing the amount of energy that is lost as heat during electricity generation. In the US, it is estimated that 60% of the energy that goes into the economy is lost to the environment as waste heat. Recapturing just a small fraction of this wastage could have a big environmental and economic impact. Tin compounds are already in the spotlight for their remarkable heat harvesting properties.

Back in 2014, scientists at Northwestern University (NWU), US discovered the potential of tin selenide to convert waste heat into electricity. As the material is a very poor conductor of heat, the temperature gradient across the material is maintained, allowing an electric current to flow and electricity to be generated. This property is measured as the ‘figure of merit’ (ZT) and was found to be 2.6 in tin selenide, a value that made the material theoretically ‘the most efficient thermoelectric material in the world’.

Most recently, a team of scientists from multiple US universities discovered why tin selenide and its analogue tin sulphide are such good materials for converting wasted heat energy into electricity. Using state-of-the-art equipment at Oak Ridge National Laboratory, the group found that when tin sulphides were heated their structure started to become ‘floppy’, trapping more heat for energy conversion. These insights should highlight new ways forward in designing more efficient tin heat harvesting materials.

Much work is still to be done to build on these results. Scientists elsewhere have not been able to reproduce quite the same ZT measurements for tin selenide as the original 2014 NWU study. Tin selenide also has other technical issues that need solving such as a low density of charge carriers (1017 cm-3) as well as being too brittle to be useful in some devices.

Thermoelectric materials have been used for years in niche applications, for example to generate power in spacecraft including the NASA Voyager. As energy management becomes more important thermoelectric materials are now being applied in a growing range of heating and cooling applications. Existing and potential uses include cogeneration power plants, solar thermal energy generation, and refrigeration. Heat from an engine could be captured and used to power the lights or air conditioning of a vehicle.

Our view: To be used in a wider range of applications, the efficiency of thermoelectric materials must improve: ZT must exceed at least 3. Despite these technical challenges, the thermoelectric modules market revenue is forecast to grow by CAGR 8.9% 2019-2024, with consumer electronics being the most promising sector for growth. With tin-based materials at the cutting edge of thermoelectric research, this market could be yet another exciting future use for tin.

< Back to Thermoelectric Materials