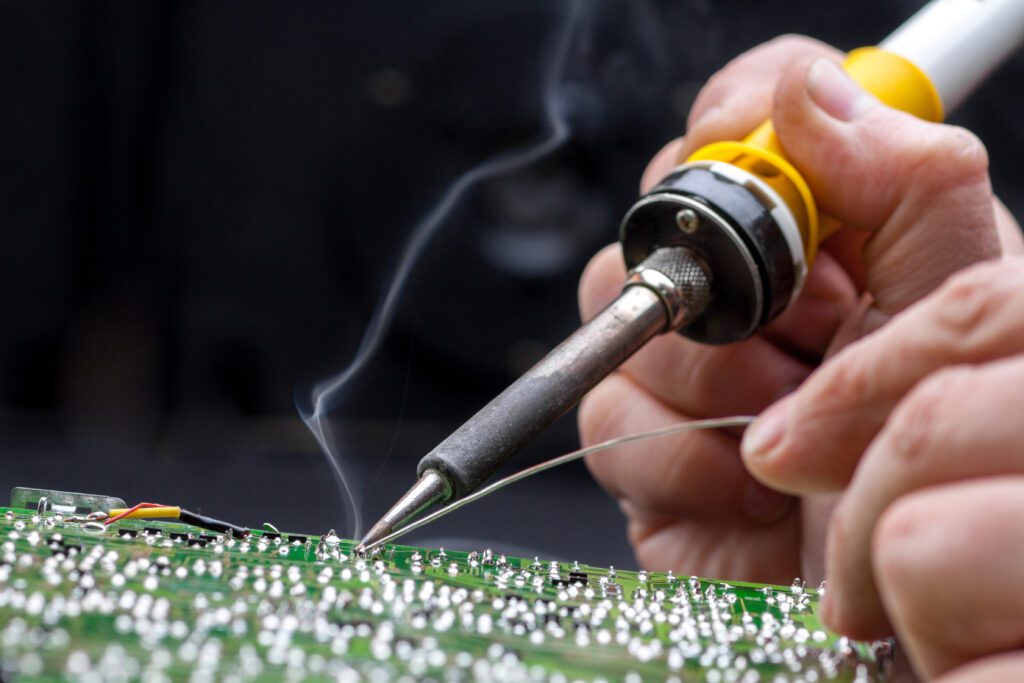 In the last week of September, the production line of a solder company in Kunshan was silent. In previous years, the factory was busy, stocking up for the National Day holiday. However, due to strict local power restrictions, they have temporarily had to suspended production. “All companies are going to stop production,” one manager explained, “When the policy first came out, it was thought that it wouldn’t affect processing companies. But since September 27, it requires all companies to stop production.”

A new round of power control measures has been launched in many places. Steel, non-ferrous metals, chemicals, textiles, and other energy-consuming industries are all affected. Unlike the previous round of flexible measures, which aimed to reduce energy consumption by 10%-30%, the current power control policy is more stringent. Now, local authorities are implementing an “open 2, stop 5” measure; companies will only be allowed to operate for two days a week. Most will have to reduce their production by 90% or shut down completely.

China has been struggling with power supply issues for much of this year. In May, base metal smelters in Yunnan were closed to reduce consumption, while Guangxi tin smelters were affected in August.

The country has been aiming to keep power consumption under control this year, with carbon neutrality targets in mind. In August, the central government issued the “Barometer of 2021 Half-Year Regional Energy Consumption Intensity & Total Amount” – also known as the energy consumption “double control”. Under the “double control” plan, provinces must manage indicators of total energy consumption and energy use intensity while meeting their five-year targets.

However, data released by the Chinese National Energy Administration on 14 September showed that electricity consumption for the country increased by 13.8% year-on-year in January-August. Individual provinces, particularly in the south of the country, grew faster than the national average. Two-thirds of provinces missed at least some of their energy consumption and efficiency targets in the first quarter.

On top of local restrictions, global coal prices have more than doubled this year alone. China relies heavily on thermal power generation, and with prices so high, it has not been able to keep up with energy demand.

Tin supply has been impacted by power control measures several times already this year. Despite restrictions in Yunnan beginning the earliest this time around, tin smelters have not been impacted. Guangxi smelters were forced to lower output in August but resumed processing in late September.

What has been surprising in this round of restrictions is the effect on tin demand. The focus of the latest power consumption limits has been on the southern-most provinces in China. These also happen to be major hubs for tin consumption.

In Guangdong, measures are more flexible. Most companies must follow the “open 2, stop 5” measure, although controls in some industrial parks are more stringent. On peak days, companies must abide by a “security load” – less than 15% of energy capacity. If the company does not cooperate, it will be forced to close for 10 days. As a result, solder production capacity and downstream orders have been significantly reduced. Tinplate producers are similarly affected. Only companies in Shenzhen have not yet received power consumption limits.

According to local sources, tin chemicals companies in Shandong have had to reduce their production capacity by 30-50%. However, Zhejiang manufacturers have not yet been affected by new regulations.

Our view: Previous power restrictions were often directed toward metal production, often resulting in short-term supply shortages. However, the key areas affected by this round of power restriction – Guangdong and Jiangsu – are primarily home to downstream consumer companies, so the impact on demand for refined tin is greater. With the focus of the measures more on tin demand than supply, the tightness in the Chinese market could ease considerably.