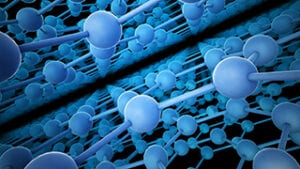 Perfecting the tin chemistry of a conductive layer within tin perovskite solar cells (PSC) is the latest improvement to boost performance in this next-generation solar technology. A multi-national research team has reported improved PSC performance, with 25.2% of solar energy being converted into electricity. This is just shy of the 26% achieved by conventional silicon-based solar cells.

PSCs are being explored as low cost, low temperature, lightweight disrupters to the mainstream silicon solar cell market. However, perovskite cells have lagged behind silicon cells in efficiently converting solar energy into electricity. Nanjing University reported in November 2020, for example, tin-containing perovskite cells that converted 20.7% of solar energy into electricity.

Past research on the solar cell’s electron transport layer uncovered issues with the flow of electric current from the cell to where it is being used. To prevent current being lost in the transport layer, the international team optimised a tin dioxide film, reducing recombination of electrons and increasing the flow of electric current through the cell. The team then worked out the ideal tin dioxide film thickness, coverage, and composition by experimenting with the properties of the chemical bath deposition process that forms the film.

The resulting PSCs achieved a certified power conversion efficiency of 25.2%, which is an impressive fourth fifths of the theoretical limit for the perovskite material.

Our view: These performance improvements are milestones in making tin-containing PSCs a commercial reality. Scientists around the world are also racing to improve the long-term stability of PSCs to expand their potential use beyond devices with shorter lifetimes, such as smartphones.