Comibol push through issues to ramp up production

Bolivia’s state mining company Comibol is attempting to increase production by tapping into new mining areas at the company’s Cerro Posokoni site. The new veins – Keller, Bandy, Chuallani and Notaf – are forecast to increase production by 160 tonnes/month. The new production required a US$50 million investment, according to reports, in order to extend the main shaft by over 1,100 m and add the associated ventilation shaft and tunnels. 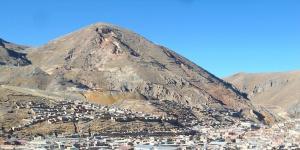 The Cerro Posokoni area, which was historically exploited by artisanal miners, has been a point of contention between Comibol, and its subsidiary EM Huanuni, and the local people. Comibol have lost up to US$ 420,000 through lost production after protests at the mine earlier this month by local residents seeking jobs. However, “there are no more jobs”, Comibol CEO Zelmar Andia said in a statement, “there isn’t a single worker vacancy at Huanuni.”

Comibol have recently invested into a new processing plant, Lucianita, and tailings dam at Huanuni. These will help to double processing capacity to some 3,000 tonnes/day, according to the company. At Comibol’s other mining unit, Colquiri, a contract has been secured to begin construction of another processing plant. The new plant, with a capacity of around 2,000 tonnes/day, aims to double output. This new processing unit will work alongside the one currently operating; one will work to reprocessing tailings, while the other will process new ore, according to the manager of EM Colquiri, Sabino Arando.

Our view: Production from Comibol’s only smelter, Vinto, saw a second consecutive year of declines in 2018. Refined tin production fell 10% in 2018, from 12,637 tonnes to 11,369 tonnes. While maintenance affected output in 2017, it is thought that long-term issues with the ageing infrastructure at both Colquiri and Huanuni are beginning to impact tin production. Although the company are beginning to tackle these issues, the Lucianita processing plant encountered issues during start-up tests in January, delaying full deployment.