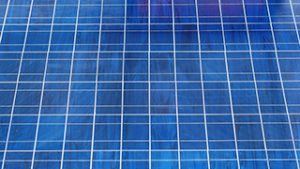 There have been recent, sharp improvements in the proportion of solar energy that is converted by perovskite cells into electricity, known as ‘power conversion efficiency’ (PCE), to 23.7%. These improvements have made the cells an attractive potential alternative to other commercially available, silicon-based solar cells. However, the poor stability of PSCs still limits their viability.

To improve device stability, researchers tend to focus on improving either the perovskite layer (which absorbs light) or the tin-based electron transport layer (ETL) of the PSC. This new research, however, uses a new dual passivation technique that stabilises both tin in the ETL and elements in the perovskite film in one step.

Europium ions are distributed throughout the two layers and at their interface, increasing the electrical conductivity. At the same time they act to reduce trap densities in the perovskite to increase the open-circuit voltage of the PSC.

These tin-containing PSCs demonstrated a high PCE of 20.14%. Most notably, an unsealed device degraded by only 13% after exposure to ambient atmosphere for 84 days.

Despite this PCE not being quite as high as other tin-based PSCs currently being researched, these results demonstrate the possibility of a one-step production technique for improving PSC performance that could greatly reduce the cost of PSC engineering and ultimately improve their commercial viability.

Our view: As plans for a post-pandemic green recovery are coming to fruition, many civic leaders and emission-conscious companies are turning to solar power for a route to low-emission power generation. In response, IHS Markit have forecast a 34% year-on-year growth in annual PV installations in 2021, as 2020 project delays combine with this increased global demand for renewable energy. This potentially cheaper, faster method for high performance tin-based solar cell production could increase access to this desirable energy market for tin in the longer term.